This year’s Great Escape Festival in Brighton is almost upon us, running from May 10-12 at a 30 venues across the town and featuring somewhere in the region of 300 new artists. 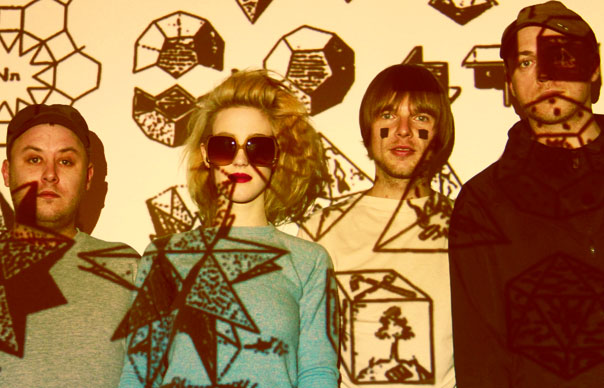 This year’s Great Escape Festival in Brighton is almost upon us, running from May 10-12 at a 30 venues across the town and featuring somewhere in the region of 300 new artists.

As we have for the last couple of years, Uncut will have its own stage at the festival, where we’ll be hosting shows on all three nights at the Pavilion Theatre. We have a particularly strong line-up this year, including EMA, BETH JEANS HOUGHTON, WILLY MASON, TOY and FOREST SWORDS.

EMA – better known to her folks back home as Erika M Anderson – made one of my favourite albums of 2011, Past Life Martyred Saints, the best of which hinted at a talent reminiscent of Patti Smith. I’d put money on her blowing the roof off the Pavilion.

I’m looking forward to seeing Beth Jeans Houghton just as much, having been recently more than smitten by her debut album, Yours Truly, Cellophane Nose (we had a great track from it, “Dodecahedron”, on our recent Watch That Band free CD).

It’ll be good to see Willy Mason back in action, too – it seems an age since he made such an impact with Where The Humans Eat and If The Oceans Get Rough, the second of these two very good albums released as long ago as 2005. He was in apparently splendid form at a recent London show at the Hoxton Bar & Grill, according to friends who saw him there.

Toy, meanwhile, have been getting rave write-ups lately and their two singles to date, https://www.uncut.co.uk/blog/wild-mercury-sound/hans-chew-free-download-live-in-williamsburg-etc “Left Myself Behind” and “Motoring”, have been terrific. Some of them used to be in the ill-fated and frankly pretty awful Jo Lean And The Jing Jang Jong, who I seem to recall seeing at Wembley Arena, opening for Babyshambles. Toy fortunately don’t sound anything like them, the noise they make more resembling what my colleague John Robinson has identified as the results of a late-80s/early-90s jam session featuring Stereolab, Pulp and Felt.

It’ll be interesting also to find out how Matthew Barnes’ Forest Swords sound live – amazing, I suspect, especially if something like “Hoylake Misst” is given an appropriate airing. Over our three nights at the Pavilion, there’ll also be appearances from Nashville garage girl band THE BLACK BELLES (whose Olivia Jean guests on Jack White’s new album, Blunderbuss), Fuck Buttons spin-off, BLANCK MASS, synth duo SOLAR BEARS and all the way from Brooklyn, fiery piano player HANS CHEW, whose debut album, Tennessee And Other Stories, made him an Uncut office favourite.

When John was in New York recently to interview Jack White for this month’s Uncut cover story, he had time to nip over to Brooklyn to see Hans and his current band, The Boys, play at a place called Don Pedro, where they revealed themselves to John as “pretty much the bar band of my dreams”. You can read a full report on the show here – https://www.uncut.co.uk/blog/wild-mercury-sound/hans-chew-free-download-live-in-williamsburg-etc.

There are still a couple of acts for the Uncut stage still to be announced, so look out for further details in our next issue or keep an eye on uncut.co.uk. For further information go to www.escapegreat.com