Uncut rounds off a successful week of gigs tonight with The Earlies. 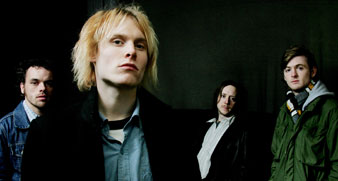 Uncut rounds off a successful week of gigs tonight with a rare intimate show by The Earlies. Britain’s most successful music & films monthly, currently celebrating its 100th issue, have already presented shows by Sons & Daughters and Ed Harcourt this week. Tonight (Friday August 5), the 100 Club in London plays host to The Earlies, Amusement Parks On Fire and Hayley Hutchinson, and a few tickets are still available.

The Earlies are a sprawling Anglo-Texan ensemble, based in Manchester, whose 2004 debut album brought them many favourable comparisons with cosmic rockers like Mercury Rev. Tonight’s show is their first headlining in a while, representing a break from their current duties as Scottish folk singer King Creosote’s backing band. Amusement Parks On Fire are at the vanguard of the new shoegazing movement, pitched somewhere between Ride and Mogwai, while Hayley Hutchinson is a hotly-tipped young singer-songwriter much feted by Radio 2.