Tom Waits: “I always thought songs lived in the air”

Waits discusses Bad As Me and his eventful career – plus, Tom's riddles! 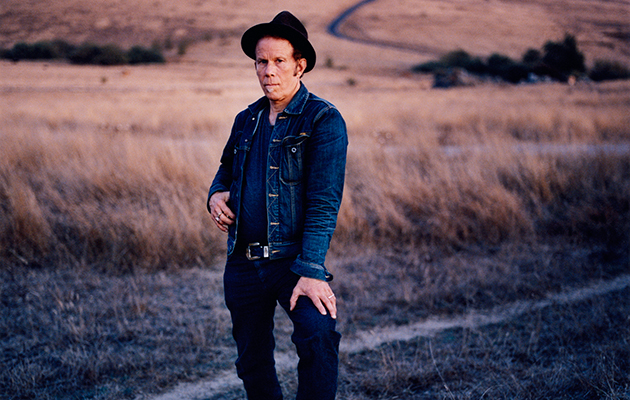 What is a fiasco? How do you steal someone’s thunder? What connects Keith Richards and the US Army? Why should you take a mallet into a hardware store? And what’s the secret of a great tomato sauce? Uncut is whisked away to Petaluma, California, for an exclusive and mind-boggling audience with the great TOM WAITS. “What kind of a fucking world,” he points out, “are we living in? Words: Andy Gill. Originally published in Uncut’s December 2011 issue (Take 175).

The last I see of Tom Waits as I pull out of the parking lot, he is crouched down among some bushes, taking a photograph of a cow’s arse in the adjoining field. Waits has a sharp, enquiring mind and a range of interesting pursuits, but this is unexpected even by his standards.

We’ve just spent a leisurely couple of hours chatting in the Washoe House, an antique roadhouse in the area near his Northern California home. Legend has it that during the Civil War, a bunch of Union soldiers from down the road in Petaluma set off north, intent on kicking Confederate butt in nearby Santa Rosa. They got as far as the Washoe House, stopped for a few beers, and several hours later the idea of fighting didn’t seem quite as compelling, so they went home. The place has been delaying travellers ever since, their presence confirmed by literally thousands of signed dollar bills pinned to the walls and ceiling, which flutter like a flock of roosting songbirds every time the door opens. One bill, over by a rear door, bears the inscription, incarnadine red, “BLOOD MONEY”.

This area of California, up in Sonoma County, seems a natural fit for someone of Tom Waits’ relaxed, open-minded but private sensibilities. There’s none of the intensity of Los Angeles or even San Francisco, some 50 miles down the freeway. Downtown Santa Rosa, for instance, seems to have more than its fair share of superannuated hippies, their flaxen white, freak-flag hair and whiskers still flying proudly as they shuffle about among the street-corner statues of Peanuts characters which memorialise the town’s most famous former resident, Charles M Schulz.
The local freesheet is called The Bohemian, and this week’s cover-story about the 10th anniversary of 9/11 is written by Tom Hayden, liberal-left activist and one-time partner of Jane Fonda, back when she was Hanoi Jane and not pimping for wrinkle-cream. Petaluma was also once home to Harry Partch, the composer whose idiosyncratic instruments had such a profound effect on Waits’ approach to music. It’s as if the warm beatnik/hippy spirit of San Francisco’s North Beach and Haight-Ashbury had drifted slowly north over the past few decades, and settled over this area.

Waits is toting an attaché case when we meet, one of the old-style kind which expands outwards at the bottom. From this he pulls a sheaf of papers and notebooks which are deposited on the table alongside the tea and coffee cups, as if this is a meeting between counsellor and client. At one point in the conversation he says, “OK, I’ll throw some stuff at you,” and proceeds to regale me with various little fragments of weirdness, riddles, bits of lexicographical flotsam and jetsam he’s chanced upon, the kind of stuff that featured in the Tom Tales bonus disc of the Glitter And Doom Live set.

That’s one step up from a pet rock…

“Apparently, that’s how they started. It was just a pet, and then one day they looked at each other and said, ‘Y’know, you’re the one!’ It was a glacial thing that slowly built… We’ve come a long way. Lepers used to have to wear a bell, y’know, and they used to have to carry a stick so they could point to shit…

“I have some origins of words here: the word ‘sabotage’ comes from the French industrial revolution. If you were working in a factory and were let go, fired, sometimes the worker would take off his shoe, his sabot, and drop it into the machine, until it ground to a halt.

“‘Pumpernickel’, the German bread? Napoleon was famous for feeding his horses better than he fed his men, and pumpernickel was a special bread that he had made for his horse, whose name was Nicole. Here’s another one, ‘fiasco’: glass-blowers in Italy, if they were creating something really elaborate, and there was a flaw in it, a bubble or a crack, they would have to junk it. What they’d do instead was say, ‘We could always turn this into a water-glass.’ Which is a fiasco. It’s like a kid making something in ceramics and it turns out wrong, he says, ‘Well, I could always turn it into an ashtray for my dad.’

“And ‘bedlam’ comes from ‘St Mary Of Bethlehem’, a religious organisation which ran a hospital for the indigent, and over time it came to refer to any kind of pandemonium.”

Which is itself a great word. Sounds like a funfair ride.

“Or an animal on a pump-organ.”