"If no one ever wrote another song, we’d be fine. There’s plenty of songs. But I still do it. I love it, it’s a gift." 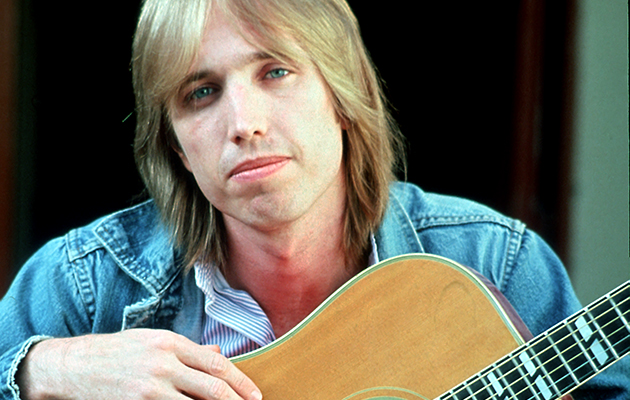 Last night, as a sad day was drawing to a close in the UK, the gloom was further compounded by reports of Tom Petty’s death. Soon, in what became a live indictment of social media-era news, it transpired that the obituaries were premature – if only by what turned out to be a few hours. Amidst the chaos and memorials on Twitter, Neko Case nailed the moment poignantly: “I hope Tom Petty is not actually dead and makes a full recovery to see all the kind, sweet things you are are saying about him. What a life.”

I hope Tom Petty is not actually dead and makes a full recovery to see all the kind, sweet things you are are saying about him. What a life. ❤️

Bob Dylan, no less, was quick to articulate his condolences. “It’s shocking, crushing news,” he told Rolling Stone. “I thought the world of Tom. He was a great performer, full of the light, a friend, and I’ll never forget him.” Jack White’s Third Man Records, meanwhile, tried to make sense of how terrible events collided. “We’ve lost music lovers & music makers today,” they wrote. “We don’t know how to cope, so we continue to work, with broken hearts, in the name of music.”

We've lost music lovers & music makers today. We don’t know how to cope, so we continue to work, with broken hearts, in the name of music.

Clubbable, enduring, an absurdly talented everyman who seemed to bridge the gap between the multitudes of music lovers and the rock giants who became his peers; Tom Petty was the most relatable of legends. When he was inducted into the Songwriters Hall Of Fame in June 2016, his speech captured a certain unshowy devotion to his art, and a humble awareness that his collaborators should be respected as a critical part of the process. “Writing a song for a rock band – you’d better bring a really good song, because they don’t take it well if it’s not,” he said. “Many times I’ve gone back to the drawing board… If no one ever wrote another song, we’d be fine. There’s plenty of songs. But I still do it. I love it, it’s a gift. Everybody can do it, but everybody can’t do it good.”

After the ceremony, Roger McGuinn – a key Petty hero who had become his sponsor that evening – told Uncut’s Jaan Uhelszki, ““Tom goes out of his way to be a good friend. He tries to give you a shot in the arm, if you need it. Like what he’s doing with Mudcrutch [the formative, pre-Heartbreakers band that Petty had just reformed]. Tom Leadon is a guitar teacher and Tom has elevated him to be a rock star for a month or two. It’s a very sweet thing to do.”

The picture that emerges of Tom Petty from such testimonies is of a humane pragmatist who was averse to imposing any mystical airs on what he did for a living. “I’m not Mr Laidback,” he admitted to Uncut’s Jason Anderson in 2014, though his music often achieved an elevated balancing act between a theoretically mellow California jangle and something more wired and uptight; something which gave Petty unlikely traction in the UK as a New Wave avatar at the start of the Heartbreakers’ recording career.

Graft and ambition are not always the most poetic ways of describing a creative talent, but they capture a certain workingman’s spirit innate to Petty, his endeavours and presentation; a spirit that, again, endeared him to both his fans and his storied rock friends. In Jason’s piece, Petty sat at home in Malibu and talked candidly about how he managed his temper, and how his single-mindedness had propelled him through such a long and extraordinary career. “One advantage I had over a lot of my friends,” he recalled, “[was] by the time I was 15, I knew what I wanted to do with my life. A lot of them didn’t way into their 20s. But I knew right away what my calling was, there was no question about it. I had no choice – I was fortunate in that way.”

It was a theme Petty echoed when he talked to Jaan Uhelszki in 2016, a couple of days after the Hall Of Fame show, in the sort of words that seem especially poignant today “I’ve come to realise that I’m always pushing the rock up the hill,” he said. “Because we don’t take the easy way. But that’s who we are and that’s the way we do it and it’s always worked out fine. And I’m going to keep doing it.”