The Third Ear Band remembered: “Glen thought it was very good PR for us to be heavily involved in the druids” 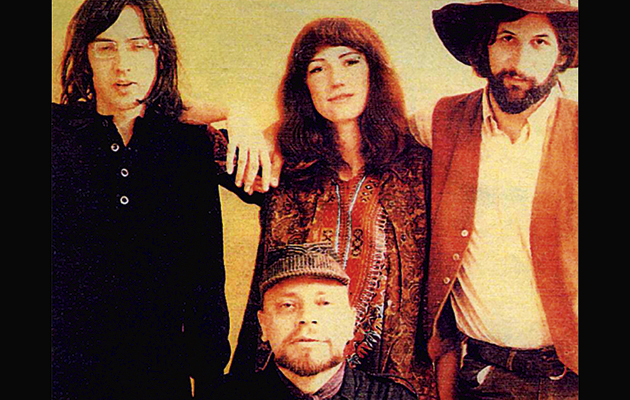 In a recent Uncut, I wrote about a couple of excellent deluxe reissues from a group that, despite the endless reassessment of the past, still remain obscure – the Third Ear Band. In the late ’60s and early ’70s, however, they were quite the sensation, outselling many other artists on the Harvest label, and supporting the Stones and Blind Faith in Hyde Park.

Delightfully, their mix of improvised and otherwordly cello, violin, percussion and oboe still sounds strange in 2019, as you might discover if you track down a copy of their new Elements CD boxset on Cherry Red. As fascinating as their eerie music, though, is their incredible story, involving druids from Dorking, working for Roman Polanski, alchemy and an unlikely Egyptian sojourn during the Second World War for leader and percussionist Glen Sweeney.

The band’s manager and producer Andrew King explains more below – and you can track down the Uncut featuring my four-page Third Ear Band review, and New Order on the cover, until January 18th.

The Third Ear Band sold pretty well at the time, didn’t they?
They sold better than almost any of the funny things we did on Harvest, apart from maybe Edgar Broughton. For instance, they always sold more than Kevin Ayers, which surprised me. They were pretty unique, I must say. I did listen to a bit the other day; it’s quite extraordinary. They were very strange. Glen Sweeney, good lord, what a guy.

How did they go down live?
People never got up and started jumping around when they played, because it was the other way – it was more Quaaludes than speed – but they did go down well, yes. There was a small and devoted band [of fans] which gradually grew.

They seemed to be into all the countercultural interests of the era – drugs, mysticism…
…and the concept of the drone – every hippie thing under the sun could be connected to it, one way or another. The whole aura around them was, I think, a manifestation of what Glen wanted. I think he controlled it – it’s hard to say how. Maybe he did it instinctively. The third ear, the whole mystic thing, he had it sussed.

He sounds a bit like a cult leader.
Yeah, he was. The band was very much not a cult, though, it was very much four individuals, and he wasn’t seen as a spiritual leader, but he could be quite bossy. He was a lot older than anybody else – allegedly he had taken part in the Second World War, which makes him 20 years older than me. My favourite [of his war stories], which might be completely fictitious, is that he bailed out of an aeroplane over Cairo, floated down in a parachute, landed by the side of a swimming pool surrounded by half a dozen rich Egyptian ladies, and stayed there being looked after by them until the end of the war.

What do you remember about the sessions for the second Elements LP?
Allegedly they were completely off their heads on acid, but I naively didn’t realise it. I don’t remember them being any stranger than anybody else around that time, but maybe they were tripping away, a lot of people were. I would say it was all completely improvised. Glen might have a rhythm on his drums to start it going. All the Third Ear Band stuff was done in Studio 3 at Abbey Road. The engineers were very discreet and well behaved, but I did sense that they wondered, “What the fuck’s going on here? What the fuck’s all this about?”