The Who, live in London 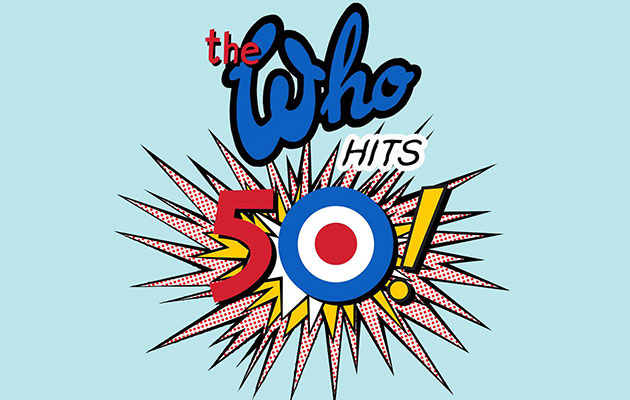 Approximately half way through “The Kids Are Alright”, we are visited by ghosts. John Entwistle and Keith Moon temporarily join their old band’s 50th birthday revels, their apparitions beamed at us on a giant screen suspended behind the band. We see them in glorious black and white TV footage, playing along with the song; more than just a neatly synchronised nostalgic nod to fallen comrades, it acts a humble reminder that in 2015, it takes eight musicians on stage to replicate the work once done by half that number. But perhaps the spectres of Entwistle and Moon are not the most pressing business The Who have to deal with in 2015. A question mark hangs over the future of The Who; not for the first time, of course, but while previously Roger Daltrey and Pete Townshend have been lured back into the fray by anniversary or album specific tours, both men have confirmed this will be the band’s last tour on this scale.

But perhaps this is not the time to speculate about what may or may not be in store for The Who as they embark on their sixth decade together. Evidently, tonight’s show – rescheduled from December – is about basking in the band’s well-seasoned body of work. Next to the merchandise stand in the foyer, you can have your photograph taken on a replica of Jimmy’s Lambretta from Quadrophenia. Meanwhile, the giant screens above the band beam down footage and graphics foregrounding the band’s heyday: in one eye-opening collage, it is possible to watch the cork fly out of a champagne bottle embedded in a wall while seconds later a giant Tommy-era Daltrey emerges from between two tower blocks, calling to mind the ‘Kitten Kong’ episode from The Goodies. The early part of the show demonstrates Townshend’s remarkable gift for lean, thrilling pop moments – “I Can’t Explain”, “Substitute”, “Who Are You” and “I Can See For Miles” among them. Even among such exalted songs, “My Generation” is an early peak. Accompanied by Chris Stamp and Kit Lambert’s celebrated footage of The High Numbers from the Railway Hotel in 1964, Townshend rousts the song into a potent R&B stomp, summoning the sulphuric energies of the band’s youth.

But while the purpose of The Who Hits 50! is to celebrate the band’s many creative peaks, the manner in which they chose to do so is itself revealing. Part of the reason why, as Daltrey claims, the band are to curtail their live activities is ageing. Daltrey himself is 71, while Townshend turns 70 in May. Daltrey’s between song patter contains references to ageing and memory – “Why did you write so many lyrics?” he asks Townshend, only half jokingly. But both men are on sprightly form; Townshend, particularly, seems especially agile as he whips through his customary windmill moves. The exchanges between the two men, meanwhile, are in themselves equally instructive. At one point a stool is brought on stage for Townshend. “Are you alright?” asks Daltrey good-naturedly. “Am I alright? Who gives a fuck?” shoots back Townshend. “I do,” says Daltrey simply, to which Townshend snarls back: “Awwwww…” It’s a strange dynamic; a bit Pete and Dud, with Daltrey coming across as the benign, chummy of the partnership while Townshend adopts a more sardonic attitude. “So did you come far?” He asks the audience at one point. “‘Did you come far’. That’s how fucking royal I am.” Thanking the audience for coming, Daltrey says, “It’d be boring without you.” To which Townshend adds, “We’d be broke without you.”

Watching all this play out in front of a capacity crowd seems to highlight the complex, perhaps different relationship Daltrey and Townshend have to The Who. Next to Daltrey’s warmth and joviality, Townshend seems less predictable. Occasionally, he can come across as derisive; but then his lengthy introductions outlining the origins of the songs suggest an almost neurotic attachment to the material. His playful introduction, though, for “My Generation” find him teasing the audience comparing the Live At Leeds version with the single version. These weird tensions between the two men is actually quite compelling as the evening progresses. After the initial foray into their early singles, they detour into “A Quick One, While He’s Away” and a medley from Tommy, before returning to a peerless home run of “See Me Feel Me”, “Baba O’Riley” and “Won’t Get Fooled Again”. An encore of “Magic Bus” – conveniently, my favourite Who song – closes with Daltrey and Townshend exiting together. Does it feel like the end of something; what Daltrey identified as “the beginning of the long goodbye“? It’s hard to tell at this point; they’re back in the O2 tonight, of course, and again at Hyde Park as part of the British Summer Time series in June, with overseas dates still to play. Certainly, a summation of a career so far, this was as dignified and thrilling as you could hope for.