The story of Television, by Richard Lloyd

The guitarist reveals the truth about Tom Verlaine and Marquee Moon 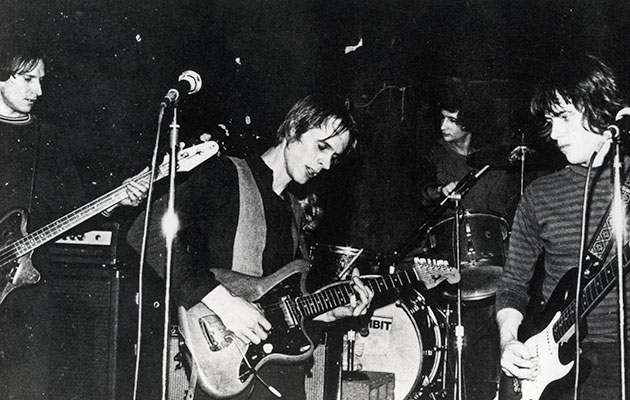 In the fall of 1973, I had just come back to New York City and needed a place to stay.

I was in my early twenties, and had been pretty much leading a vagabond life. I was doing a lot of nightclubbing at Max’s Kansas City, in the back room, where I met a fellow named Terry Ork. Terry had a very large loft in Chinatown and a spare room, so I moved in.

Mostly what I did during the day was play my guitar, with no amplifier. I didn’t want anybody to hear me, until I was good. Terry’s day job was managing a movie memorabilia shop on 13th Street, Cinemabilia. He had this disgruntled assistant, Richard Meyers, who would later become Richard Hell.

One day, Terry said to me, “I know this guy who does what you do.”

“You play electric guitar all alone all day. That’s all this guy does.”

This turned out to be Richard Meyers’ best friend, Tom Miller, soon to become known as Tom Verlaine.

Terry told me Tom was going to be playing audition night at Reno Sweeney’s, and did I want to go. Reno’s was a hang-out for the Broadway set: Liza Minnelli, drag artists, gay wannabe singers. I wasn’t too interested. But Terry was going, and I didn’t have anything else to do. We got a cab up, Richard Hell came in, and we all sat waiting for Tom to arrive.

He came in with his guitar and an old Fender amplifier, and stood there looking irked already, like it was too much trouble to even open the door. Richard and Tom had between them what I can only describe as universal contempt.

Richard ran over and started helping him with his stuff. He said, “You don’t look right.” Tom was wearing what looked like a shirt from 1932: old, yellowing, frayed, almost disgusting. Richard put his fingers into a hole by the shoulder, and tore it. Then he enlarged another hole, so one of Tom’s nipples could be seen. I sat watching them feeling like an anthropologist watching strange animals and their social habits.

Now, Terry worked as assistant to Andy Warhol by night, and wanted to sponsor a band, like Andy had with the Velvets. His idea was to sponsor a band around me. But when I heard Tom playing “Venus”, just all rhythm chords, I knew. I leaned over, shouting in Terry’s ear. “Forget my band. Put me and this guy together. You’ll have the band you’ve been looking for.”