The Rolling Stones Live At The Isle Of Wight Festival 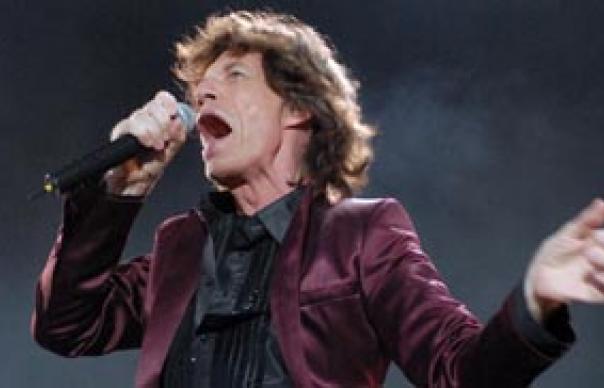 The last time the Rolling Stones played a UK festival – Knebworth Fair in 1976 – there were no giant TV screens, no wristbands and no corporate hospitality. 31 years later, The Rolling Stones have rekindled their festival spirit at the Isle of Wight, although the surroundings couldn’t be more different from Knebworth.

Today, the 60,000 capacity crowd are treated to the full Stones experience – the huge lightshow, those ubiquitous giant TV screens, and a specially adapted telescopic walkway running into the crowd.

As they hit the stage, Keith cranking out the riff for “Start Me Up”, the Stones are on fantastic form, pelting pell mell through “You Got Me Rocking”, “Tumbling Dice” and “Rough Justice”, thrilling the crowd in Seaclose Park, Jagger even providing a bit of light relief for the occasion.
“This is exciting, we haven’t done a festival in years. I like this one – it’s very clean,” he tells the crowd, before deadpanning his way through the weekend’s best bit of banter. “It’s very expensive too,” he winks. “Two quid for a bottle of water! Four quid for a burger! Then a dog ate my dope!”

Joining the band onstage are Paolo Nutini, who duets on “Love In Vain”, and Amy Winehouse. Backstage gossip suggested the Stones had been calling her “the Madam” for refusing to rehearse with them, and when she does deliver a somewhat wayward version of The Temptations’ “Ain’t Too Proud To Beg” you can see their point. But it certainly adds a spontaneous air to tonight’s performance that gives the show a certain frisson.

“Miss You”, “(I Can’t Get No) Satisfaction” and “Honky Tonk Women” are played at the end of their extended catwalk in the heart of the frenzied crowd, before the band return to the big stage for a finale of “Sympathy For The Devil”, “Brown Sugar” and “”Jumping Jack Flash” that makes it feel like the Stones have actually missed this kind of show.

The Isle of Wight might not have boasted the usual pristine qualities of their own shows, but having walked the festival tightrope and triumphed with a dangerous and dirty rock’n’roll show, you hope – expensive burger or not – they’ll be back.