The Rain Parade, the Dream Syndicate, the Bangles: a Paisley Underground playlist

The key tracks by the scene's finest bands 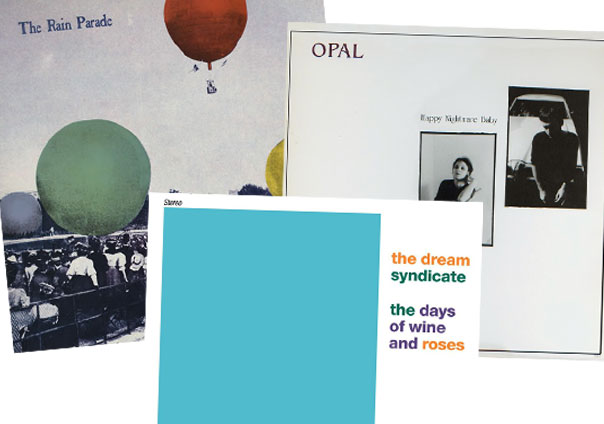 As part of the Mazzy Star piece I wrote for the new issue of Uncut, I dug around a little in David Roback’s formative years as a member of The Rain Parade – one of the key bands of the Paisley Underground….
———-

I admit, I moithered a little over what to include and what to leave out – although not strictly members of that scene, should R.E.M. be in there? And what about Prince, who certainly assimilated various aspects of that Paisley Underground sound and, of course, helped turn The Bangles into proper pop stars? But in the end I tried to make it as inclusive as I could, if only to demonstrate how far reaching an influence the scene had beyond the immediate confines of its birth place, in Los Angeles.

Where possible, I’ve included contemporaneous performance footage – admittedly, some of it’s not entirely HD quality – really to give a taste of what the band were like in full flight. Predictably, perhaps, a lot of early footage doesn’t exit of, say, The Bangles or The Three O’Clock; so I’ve included audio clips where necessary. The footage, however, of The Dream Syndicate giving an in-store performance of “Then She Remembers” is, I think, terrific, as is the rehearsal footage of The Suspects – an early collaboration between The Dream Syndicate’s Kendra Smith and Steve Wynn. I’ve also included a report originally made for the BBC’s Old Grey Whistle Test, which finds Richard Skinner in Los Angeles to interview some of the main players in the Paisley Underground. Warning: contains ’80s fashions.

Anyway, let me know if you agree with the list – or, of course, if you think there’s any glaring omissions…

The Rain Parade
“This Can’t Be Today”

The Dream Syndicate
“Then She Remembers”