Don’t spread it about, but, yes, I’ve heard the new Dylan album. And four or five tracks in, what I was thinking was: how much better is this thing going to get? 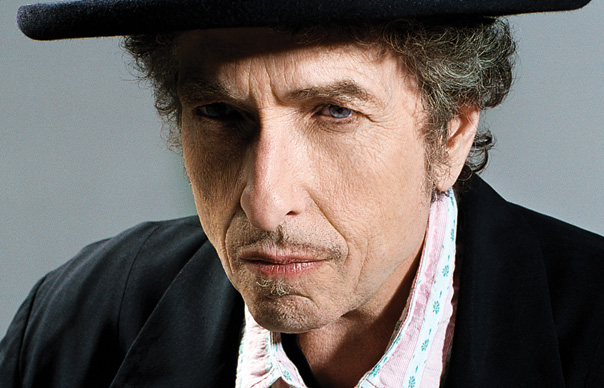 Don’t spread it about, but, yes, I’ve heard the new Dylan album. And four or five tracks in, what I was thinking was: how much better is this thing going to get?

First impressions, we are often told, are notoriously unreliable. Sometimes this is actually the case. I remember years ago reviewing Sting’s album The Soul Cages and coming to the hasty conclusion that it was at the time of writing one of the worst albums I’d ever heard. How I later regretted that lamentable rush to judgement. It was much worse than that and I wish I’d given myself more time with the record in defiance of prevailing deadlines so I might better have conveyed the true extent of its awfulness.

On first hearing, though, Tempest seemed to find Dylan on unquestionably formidable form. Its ten tracks run over a total playing time of around 75 minutes, the title track alone taking up a fair chunk of that, with verse following verse in a manner that might remind you of “Desolation Row”. There was a lot, therefore, to take in on a single encounter, especially with note-taking discouraged. There was no track listing forthcoming, either, not that this matters at the moment since I am obliged to not go into premature detail ahead of the album’s September 10 release.

I think I can say without punitive consequences, though, that if you’re trying to imagine what Tempest sounds like you may want to think less perhaps of the rambunctious roadhouse blues that was central to most of Together Through Life and parts of Modern Times, although this is a recent signature sound that hasn’t been entirely abandoned.

Neither are there too many of the jazzy riverboat shuffles of “Love And Theft” in evidence here as much as there are echoes of a folk tradition that was manifest on, say, “High Water (For Charley Patton)” and also “Nettie Moore”, from Modern Times. You may also want to keep in mind as a point of reference “Mississippi” from “Love And Theft” and something like “Red River Shore”, recorded for Time Out Of Mind, but not released until 2009, when it appeared on the Tell Tale Signs three-CD set, where also lurked “’Cross The Green Mountain”, the epic civil war song Dylan wrote for the soundtrack to the 2003 film, Gods And Generals. Hardly anyone heard it when it originally came out, but it came several times to mind as Tempest unspooled spectacularly a few weeks ago, concluding with a song that will probably be much-talked about, although not here, right now.

It perhaps goes without saying that if I actually had a copy of the album, there isn’t much else I’d currently be listening to, although I have been getting by well enough with the amazing new John Murry album, The Graceless Age, which I’ve reviewed for the next Uncut, which comes out later this week. I also did an interview with John Murry to run with the review and got such a detailed reply to the questions I sent him that I’ll be running the full fascinating Q&A when the issue goes on sale.

Someone else making a bit of a comeback is Catherine Irwin, who Uncut regulars will recall was once half of the wonderful Freakwater, alongside Janet Bean. Freakwater were in at the beginning of what we now refer to as Americana when it was still called alt.country. This would be back in 1989, when they stunningly juxtaposed versions of classic Louvin Brothers songs with a cover of Black Sabbath’s “War Pigs”.

Anyway, next m onth Catherine releases Little Heater, her first solo album since 2002’s Cut Yourself A Switch. The opening track, “Mockingbird”, is one of two on the album that features Bonnie ‘Prince’ Billy. “Mockingbird” is available now as a free download via this Soundcloud link.

Finally, if you haven’t already noticed, Uncut is now available to download digitally as an app from the iTunes store. If you already subscribe to uncut, you can download the iPad edition at no extra cost by clicking on this link and following the simple step-by-step instructions.

Meanwhile, none-subscribers can download the Uncut iPad edition from the iTunes store here.

Anyway, I have to go. Have a good week.