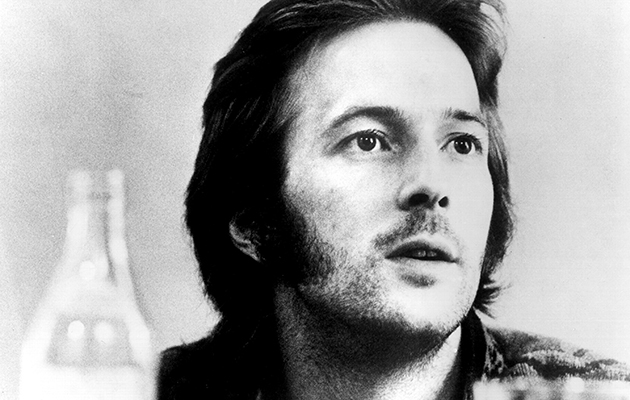 In 1970, Eric Clapton formed Derek And The Dominos and, lovesick for George Harrison’s wife Pattie Boyd, cut one of the greatest love songs in rock history. This is how it happened… Originally published in Uncut’s October 2006 issue (Take 113). Words: Nigel Williamson

By the time “Layla” eventually became a hit in December 1972, two years after its first release, Eric Clapton was past caring. He’d formed Derek And The Dominos with Carl Radle (bass), Jim Gordon (drums) and Bobby Whitlock (keyboards), from Delaney & Bonnie & Friends, the band he joined after Blind Faith split, in early 1970. But the Dominos imploded in spectacular fashion in 1971, and Clapton all but retreated from the world for three years, doing nothing much beyond sitting around at home, taking heroin and building model airplanes.

Truth is, the fans didn’t get “Layla”. For those who’d revered Clapton as “God” with John Mayall’s Bluesbreakers and Cream, his desire to be “one of the boys” with the Dominos, and his preference for tightly structured songs rather than long blues-rock jams, just didn’t compute. In America, the Dominos’ only studio album, Layla And Other Assorted Love Songs, stalled at No 16. In Britain, the record didn’t even make the charts first time round.

“Layla”, of course, was Clapton’s declaration of love for Pattie Boyd, the wife of his friend, neighbour and former Beatle George Harrison. In fact, the album is littered with songs about Boyd – “I Am Yours”, “Why Does Love Got To Be So Sad” and a cover of “Have You Ever Loved A Woman?” – but it’s “Layla” itself that is by far Clapton’s most eloquent and inspired statement of his love.

Clapton got his girl and there’s no doubt that “Layla” helped his case. But pretty much everyone else involved with the record got burned, bad. Within a year of its recording, Duane Allman – who came up with the song’s stunning guitar riff – was dead, followed by Carl Radle, whose kidneys gave up in 1980. After murdering his mother in 1983, drummer Jim Gordon was diagnosed with paranoid schizophrenia and spent two decades in a mental hospital. Boyd finally left Harrison in ’74, only for her and Clapton to separate in ’86.

Eric Clapton (guitarist, vocalist, songwriter): There seem to have been a series of crossroads in my life and ‘Layla’ came at one of them. I was standing there wondering which way to go and was paralysed with fear about making a decision. It seemed there were all these choices, musically and emotionally. I was getting involved with this woman who was already married to my best friend, I had a new band and drugs were waiting in the wings. I was terrified by the decisions I was facing and I guess the drugs helped to anaesthetise me.

I’d first met George when I was in The Yardbirds and we played The Beatles’ Christmas show at the Hammersmith Odeon. I was a blues player, which he wasn’t, and he was checking me out to see what I was all about and I was checking him out to see if he was a real guitar player. We became very good friends. We lived quite close to each other and he’d come over to my house and I’d go over to his place in Esher. Pattie was always there and we became friends, too, although at first that’s all it was.

The relationship that developed devastated all three of us. But that was the spirit of the times. It didn’t even seem anything unusual. It was like one of those ’60s wife-swapping movies, like Bob & Carol & Ted & Alice. It got quite difficult at times, inevitably. But I think George and me always cared for one another in quite a profound way and, amazingly, everybody remained friends.

I hadn’t planned to put a band together. I knew Carl Radle, Jim Gordon and Bobby Whitlock from playing with Delaney & Bonnie. They were leaving because they’d asked Delaney for a raise and, as I understand it, he said, ‘No’. So they told him they were off and Carl rang me and said, ‘Are you interested in a band?’ I thought, ‘Why not?’ So they came over to England and lived in my house at Ewhurst for several months and we evolved into Derek And The Dominos. I was looking for a musical context into which I could fit and they seemed to provide it.

When we had some songs we went to Miami to work with Tom Dowd on an album. We got so far with it. Someone had given me a book called The Story Of Layla And Majnun, which was a Persian story about being driven mad by falling in love with a beautiful, unavailable woman. I loved the name and I had the main body of a song that was obviously about Pattie. But I knew it needed something else. A motif. I realised we had something after Duane Allman came up with the riff.

Tom Dowd was responsible for getting us together. He said the Allman Brothers were playing close by in Coconut Grove and we should go see them. They were already playing when we got there and I could hear this amazing, wailing guitar from about half a mile away. I sat on the grass in front of the stage and was mesmerised. After the show, I asked them back to the studio to hear what we’d done and I took to Duane straight away.