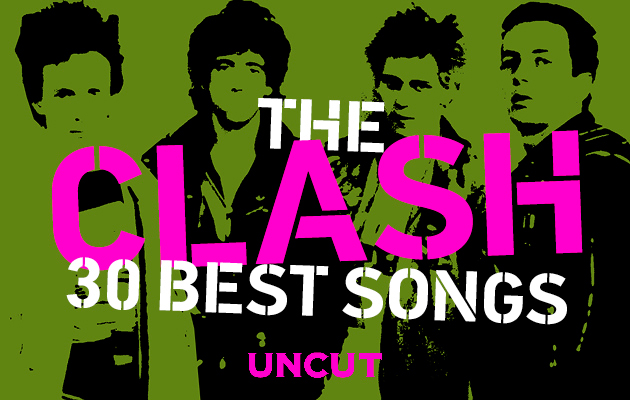 DON LETTS: I made a Clash documentary called Westway To The World. We stopped at Combat Rock, right? But to deny “This Is England” is a fantastic song is to not do Joe his full justice. It was a magic combination between Joe and Mick obviously, but this song points out what Joe’s part in that relationship was. I’m talking about lyrically and the ‘state of the country’ thing. That’s the reason I pick it out, and it’s a fantastic tune. I do agree with everybody that The Clash ended when Mick left, but “This Is England” is a tune that highlights what was great about Strummer. No disrespect to Mick, I even feel like saying ‘apologies to Mick’, but even he couldn’t take “This Is England” away from Joe as a great Clash record.

MARK RODGERS: Like so many of Joe’s songs, it’s just as relevant now as it was then. This is one of the great lost singles and the lines “I got my motorcycle jacket/ But I’m walking all the time” just about summed me up in ’85.

ANDREW WEATHERALL: I was disappointed by Cut The Crap, but “This Is England” still sounds a good song almost 20 years on. We talked about doing a cover of it when I was in Bocca Juniors, but the rest of the band told me to fuck off in the end.

ROB HUGHES: Guaranteed, no amount of revisionist thinking can save Cut The Crap from the turkey pile, but “This Is England” was the Jones-less Clash’s last great roar, in which Strummer seethes and writhes over a guttural guitar scrawl.

STEVE ERICKSON: Ricocheting back and forth across the 20th century, this is sweeping and cinematic, and works on every level it wants to, understanding that as dirty as the reality of the Spanish Civil War was – with communists selling out the revolution in order that Stalin could have his pact with Hitler – sometimes the power of a dream still supersedes history. Kind of like America, now I think about it. Images of Catalonia flaming in his eyes, Orwell might have hummed this in his bathtub in his last moments, dying like Marat or Morrison. At three-and-a-half minutes and 40 years long, it ends too soon.

BUTCH VIG: Joe didn’t have a really great voice by pop standards, but when you listen to a song like “Spanish Bombs”, he sounds like he’s on fire.

ROBERT ELMS: I love Spain, loved the heroic stories of the Civil War, loved the fact that The Clash also got into all that. Paul Simonon stayed at my house in Spain last year and I enjoyed the link.

ANDREW WEATHERALL: They did over-romanticise left-wing rebellion, but they were never too earnest or self-indulgent. They sang from the heart and wrote about what they knew about. That’s what marked them out and that’s why their records still sound so valid. Listening to “Spanish Bombs” is like looking at an old photo album.

DON LETTS: I think lyrically what Paul was trying to get out here he probably did better on “Red Angel Dragnet”, but “The Guns Of Brixton” is just a lot more personal. I’m a south London guy, I was in the Brixton riots and all that stuff. In fact, y’know that dread walking up to the policemen on the cover of Super Black Market Clash. Well, that’s me! It was actually taken in Notting Hill, not Brixton, but not a lot of people know that. Anyway, this song just captures the mood of what was going on in Brixton with the SUS laws and everything. Another south London thing, but one that was particularly poignant to black people.

JEFF KLEIN: I’m a huge guitar fan and this is incredible. It’s one of those songs you just put on and want to immediately jump around the room. A lot of their songs feel like huge anthems. I remember going to the movies as a kid and going to see Rocky, and when you come out you’re thinking you can kick everyone’s ass! And that’s what it was like listening to “The Guns Of Brixton”. When it’s over, you think, “All right! Bring on the establishment!”

JAY FARRAR: Paul Simonon at his best. It seems to me that The Clash used inspiration from Jamaican music to create their own art in the same way The Rolling Stones drew from American blues to create theirs. Great things happen when a cross-cultural influence takes hold.

STEVE WYNN: I remember the first time I heard London Calling and I knew instantly that I was listening to one of the best albums ever made. But when this final track of Side One came on, everything jumped to another level. Comparisons to classic albums by the Stones or Beatles give way to flashes of Scorsese or Coppola – I mean, “The Guns Of Brixton” feels more like a mini-movie than just another song on a record. It’s absolutely cinematic, dark, mysterious, and has one of the best bass lines ever. Oh, and the Jew’s harp. Who puts a Jew’s harp on a ‘punk rock’ record. Fearless, I tell you. Fearless.