Given that my last three blogs have been on Neil Young, Bob Dylan and Led Zeppelin, I guess something resembling my tenuous underground credibility might be a bit compromised this week. A good time, then, to flag up some terrific music I’ve been enjoying these past few days that doesn’t have quite the same profile as Dylan et al. 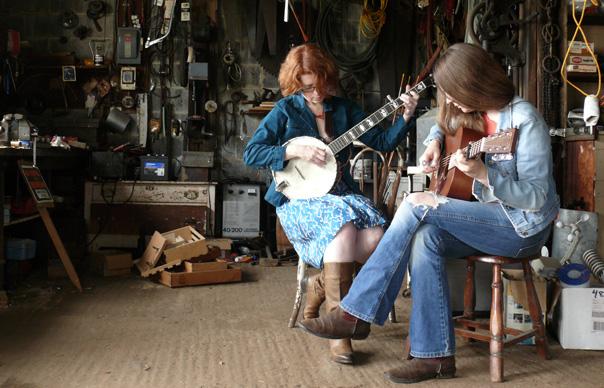 Given that my last three blogs have been on Neil Young, Bob Dylan and Led Zeppelin, I guess something resembling my tenuous underground credibility might be a bit compromised this week. A good time, then, to flag up some terrific music I’ve been enjoying these past few days that doesn’t have quite the same profile as Dylan et al.

I’ve written plenty about Hiss Golden Messenger for a good while now (There are loads of things in the archives, but this one is as good an entry point as any), and last week Michael Taylor assembled a pretty great band to play at the Hopscotch Festival in Raleigh, North Carolina, down the road from his home in Durham.

Rather brilliantly, www.nyctaper.com has posted the whole gig (and many others from what looks like an amazing festival) on their website: you can stream or download the Hiss set here. It begins, as you’ll hear, quietly but magnificently with “Brother, Do You Know the Road?”, a gospellish call-and-response between the frontman and his bandmates that slowly thickens up into a particularly rich and transporting take on American roots music, the sort of thing that Taylor has been finessing through his past few records (“Poor Moon”, the most recent, is probably my favourite).

What’s new here is that (unlike UK shows, which have been more or less solo), Taylor managed to corral a kind of all-star band for Hopscotch, featuring his longtime accomplice Scott Hirsch, plus a couple of Megafaun, the great guitarist William Tyler, (Lambchop, Silver Jews, and of late some really nice solo records), and Nathan Bowles, from Pelt, and the Black Twig Pickers, on banjo. It’s great.

Serendipitously, another arrival this week has been Bowles’ debut solo album, “A Bottle, A Buckeye”. This one steers closer to the ornery, old-time vibes of the Black Twigs rather than the outer limits drones of Pelt, being as it is a solo banjo record. But like his old bandmate and sparring partner Jack Rose, Bowles evidently sees no clear dividing lines between roots music and more exploratory jams.

As a consequence, “A Bottle, A Buckeye” hits some beautiful and transcendental points beyond the reach of most porch sessions (either real or aspirational). Of late, one of my colleagues here, John Robinson, has been stretching his Takoma interests away from John Fahey and so on, towards the radical banjo men on that scene like George Stavis and Billy Faier. This Nathan Bowles album sits squarely and proudly in that tradition: again, really good stuff.

As is, finally, The Baird Sisters’ “Until You Find Your Green”. Until the vinyl album arrived the other week from the Grapefruit label, I must confess I didn’t know this duo existed, in spite of a keen interest in Meg Baird,’s work alone and as part of the psychedelic Espers,.

These spare duets with her sister Laura are naturally closer in tone to those solo records like “Dear Companion”, but the acoustic guitar/banjo/flute/cello manoeuvres are given more space to stretch out here, so that the likes of the title track have that rambling, brackish allure of the best Espers songs, unplugged. Birds chatter in the distance, lines between English and American folk traditions are artfully blurred, Meg Baird sings as wonderfully as ever, and I’m increasingly of the opinion that this is the best thing she’s been involved with since “Espers 2”.

Can’t recommend this one enough, and I’d advise anyone interested to move fast on what looks like a very limited release: have a look at www.thebairdsisters.com to hear samples and find out how to get hold of it.