The Afghan Whigs’ Greg Dulli – My Life In Music 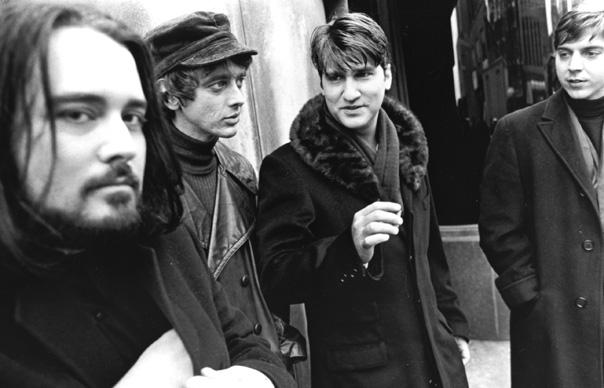 The first album I ever bought
The Rolling Stones
Sticky Fingers (1971)
I’d heard “Brown Sugar” on the radio a lot and then, once I got into it, it was “Wild Horses”, “Sister Morphine”… that record had a bunch of styles. Older friends explained the subtext of “Brown Sugar” to me and there was the allure of the forbidden. I loved the Stones whenever I saw them on TV – they were dangerous and demonic. They’re still one of my favourite groups.

The most honest record I’ve ever heard
Richard Pryor
That Nigger’s Crazy (1974)
Me and my friends memorised this when we were about 10. That word alone is shocking and is rightly demonised, but Richard Pryor took it back and taught me, as a listener, how to be free – how to say what’s on my mind without fear of the consequences. He was talking about stuff that, as a white suburban kid, I didn’t know about, but I consider him to be a formative influence.

The biggest influence on the Afghan Whigs
Hüsker Dü
Flip Your Wig (1985)
This has my favourite Bob Mould song on it, “Divide And Conquer”, and my two favourite Grant Hart songs, “Green Eyes” and “Keep Hanging On”. If I had to pick one song as an influence on Afghan Whigs, it would be “Keep Hanging On”. Lyrically, it’s all about the joy and optimism of the first verse. I would love to write something that innocent and beautiful, and mean it.

A soundtrack to transition
PJ Harvey
Stories From The City, Stories From The Sea (2000)
At the end of Afghan Whigs and the start of The Twilight Singers, I didn’t know I was looking for inspiration, but this is the record that stuck out during that interim; I played it over and over. “The Whores Hustle And The Hustlers Whore” holds the record together and has a peace to it. It was like a mantra for me and reminds me why I love The Pretenders.

My favourite singer
Marvin Gaye
Let’s Get It On (1973)
He’s probably my favourite singer ever. To me, this album is perfect. It’s very short and it has a suite style in that he brings back themes and re-sings them; that was very influential on me as a songwriter. Marvin Gaye has this ecstatic style that means whenever I hear him, I feel it in every pore of my body. I don’t know if I’ve felt as connected to any other singer.

My favourite rock’n’roll singer
AC/DC
Highway To Hell (1979)
This is prime Bon Scott – one of the greatest men to ever sing rock’n’roll. He was a great lyricist and a soul singer in his own way; I believed everything he sang. “Night Prowler” is one of the greatest blues songs ever written, “Walk All Over You” is AC/DC at their peak and the title track… well, he wrote his own obituary. Nothing against Brian Johnson, but Bon Scott spoke to my soul.

A record packed with memories
David Crosby
If I Could Only Remember My Name… (1971)
This was a record my friend Jeff played me back in college, and I really liked it, but I was in a different place then – I was listening to a lot of punk rock. I found the vinyl copy he gave me about six years ago, and when I put it on I was flooded with feeling. It was made in San Francisco, but it’s a beautiful soundtrack for driving in any city.