Sometime in the summer of 2011, I spent a pretty amazing Saturday morning at a small recording studio in Green Lanes, North London. When I walked in, a hesitant but beautiful piano line was coming through the speakers, and one of the most emotionally compelling voices I’ve encountered in the past few years was singing a song which, it transpired, would be called “Never Ending Happening”. 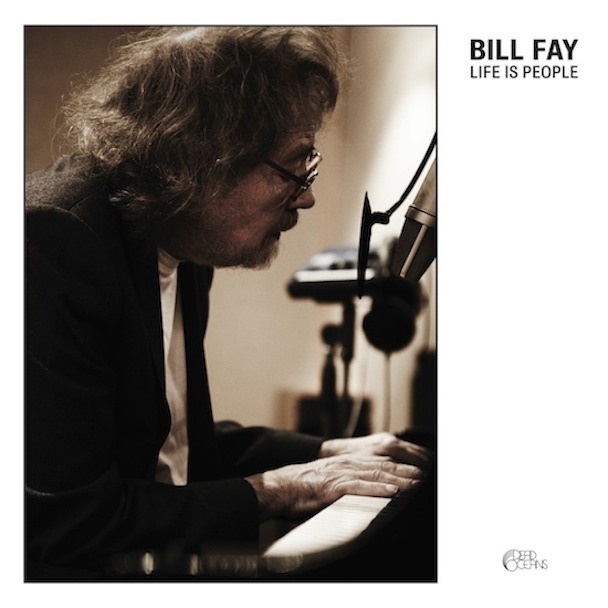 Sometime in the summer of 2011, I spent a pretty amazing Saturday morning at a small recording studio in Green Lanes, North London. When I walked in, a hesitant but beautiful piano line was coming through the speakers, and one of the most emotionally compelling voices I’ve encountered in the past few years was singing a song which, it transpired, would be called “Never Ending Happening”.

I’ve not historically been one for gatecrashing studios, but an invite to Bill Fay’s first formal session in about 40 years was much too good to pass up. After having written about him a little, Fay took to calling me from time to time – mostly to express totally unnecessary thanks – and I’d had some small part in hooking up him and his producer Joshua Henry with Dead Oceans.

In all honesty, I wasn’t completely convinced by everything I heard there that day, and my worries about some of the production and arrangement decisions that were being discussed were borne out by “Life Is People” when it appeared this summer. I know I’m in a minority here among Fay fans regarding this, and I guess I’m happy to be, when it means this extraordinary singer is finally getting the acclaim he deserves (Number Six in Uncut’s Top 75 Of 2012, in case you haven’t checked the list in the new issue yet).

Beyond some of the set dressings, though, Fay’s songs and his performances were remarkable. Sitting next to him in the control room, as he sang what I like to think turned out to be the definitive take of “Cosmic Concerto”, has to be one of the best moments of my time as a music journalist.

Anyway, I was reminded about all this, specifically about watching him work on “Never Ending Happening” for an hour or so, when I saw Fay perform the song solo on Later at the weekend. It’s wonderful, I think, and I’ve embedded the clip below in case you haven’t seen it yet (I believe it may be blocked for US viewers; if that’s still the case, apologies for being a tease).

Moving on, an embarrassment of riches this week, most notably the return to action of a couple of favourite artists: the mighty Endless Boogie; and Nabob Shineywater, once half of Brightblack Morning Light, now trading as Library Of Sands. Have a look at www.tented-tent.com, where there’s more music (including some featuring MBV’s Colm O’Ciosoig), “All recorded while living in a tent!”

Couple more things to download, too: a free live album by Dawn Of Midi, a jazz trio who operate in similar elevated spaces to The Necks (I mentioned this on Twitter and they got in touch to say they hadn’t actually heard The Necks until people started making the comparison); and a 1980 set from The Grateful Dead that prominently featured in Nick Paumgarten’s wonderful piece about the band from last week’s New Yorker. Please find the time to read the whole Dead feature online, even if you’re not a fan.