Terry Reid: “If you live on a farm in Mexico, they’ve never even heard of Led Zeppelin” 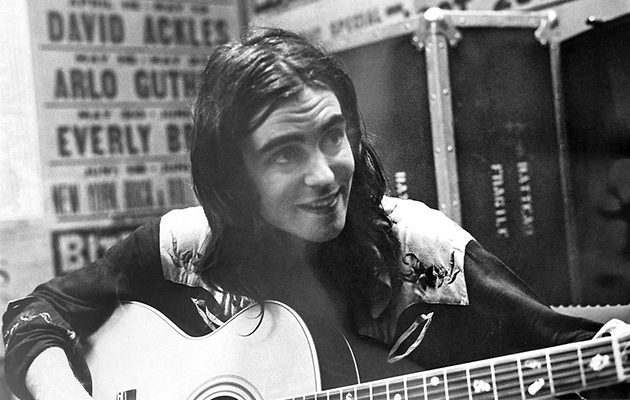 He could have been the frontman of Led Zeppelin, Deep Purple and the Spencer Davis Group. Instead, Terry Reid embarked on a remarkable musical adventure of his own. Now, one of British rock’s greatest voices tells his story: of bad luck and bloody-mindedness, of Jagger’s wedding and Keith’s party-planning, and much, much more… Words by Mick Houghton. Originally published in Uncut’s January 2011 issue (Take 164).

“There are only three things happening in London,” announced Tom Dowd, Aretha Franklin’s producer, in 1968. “The Beatles, The Rolling Stones and Terry Reid.” Forty-odd years on, Reid’s presence in that triumvirate looks, at best, optimistic. But at the end of the ’60s, Reid was a well-connected teenager with a questing spirit and a staggering, freefalling voice. All he needed was the right band to coalesce around him and – surely, inevitably – he would become a superstar.

Instead, of course, Reid has become legendary for quite different reasons – as the unluckiest man in rock. As “Superlungs”, the singer whose remarkable music was repeatedly thwarted by a series of business mishaps that rolled on from one decade to the next. And, notoriously, as the man who was caretaking a house full of Hollywood junk when he could have been conquering the planet as frontman of Led Zeppelin.

“It’s karma from another lifetime,” sighs David Lindley, as he tries to explain the fate of his old musical sparring partner. “In order to be that talented, in order to be able to sing like that, there has to be some counterpoint. It’s like the Drunken Immortals in the Chinese Legend. Each one has a fatal flaw, some kind of thing they have to deal with in order to be immortal. It’s a variation of that. Terry Reid is like one of those people who has been struck by lightning five times. He’s bullet-proof. He accepts the way things are. I’ve never known him say, ‘Why the fuck does this keep happening?’”