So will he make that all-important call to Sting? 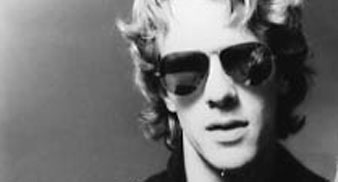 The Police were definitely under ideological pressure in the early days of punk. The rules of punk were very strict – they governed the hair-dos, the dress code, the structure of the songs, their duration and subject matter. All were stringently prescribed, but the reason The Police won’t reform is nothing to do with punk ethics. A lot of bands get so hung up on these weird, ethical issues and I just don’t give them any thought. I’m pretty instinctive about these kinds of things. When I was 25-years-old and in The Police, we were five years older than all the ‘real’ punks and we weren’t so stupid as to actually subscribe to any of the manifestos flying around. We knew what the rules were, but we didn’t believe in them. We were total mercenaries.

For me, a reformation would be a no-brainer. I’d love to do it, because it doesn’t represent any step one way or the other in my career. I’m a film composer and I have to very careful about what I do within that because my career needs to be calibrated. However, being the drummer in a rock band is just for fun and I can do that any which way. A Police reformation wouldn’t compromise me at all, but for Sting it would be a step backwards.

He has another brand name – which he’s had for some time now, of course – which is “Sting” and he’s concerned with taking that forward. For Sting, a reformation would be a career move in the wrong direction, but for me it wouldn’t be any career move at all. I guess Andy Summers is somewhere between those two points. I don’t hold any opinion about bands like The Sex Pistols reforming, because I’m very unprecious about these things – probably to my credibility cost. If something looks like fun, I’ll go do it. I played with The Doors about five years ago – that was a wrong career move! But I enjoyed it.

We were lucky to get our eight years and five albums out of Sting, because The Police was a great fit – musically, all three of us excited each other – but being a member of any band was not part of Sting’s personal makeup. He’s a tennis player, not a footballer. At first that wasn’t a problem, but it became more and more so as time went on and he stuck it out for eight long years. Sting made all those compromises that you have to make when you’re a member of a band rather than the band; then, inevitably, we had to part ways. U2, however, are obviously all team players and seem happy to remain team players for the rest of their careers.

Are reformations pointless? Not if the music is really good and there’s an audience for it. I don’t think in terms of strategy; for me, if a show looks like fun, with good players, I’ll go do it and I don’t think about what the ramifications are. In the case of The Police reforming, it would be driven by public demand because we’re all quite well off, so if we did do a gig, it would probably be a charity show. When Sting released his biggest album, where he won five Grammys and sold 11 million units, I went to him after that, because I figured if he failed, we’d never see him until he succeeded. Well, he succeeded beyond his wildest dreams, so I said, “Okay, Stingo, let’s do a tour!” He said he was flattered, “never say never” etc, and that was around 10 years ago. Then I suggested we do something for the tsunami gig and he passed on that, because he was in the middle of recording an album.

Would we consider reforming The Police with a different frontman? That would be too weird. Even I would blanch at that and it takes a lot to make me blanch! It just wouldn’t be The Police. My relationship with the other guys now is entirely amicable. Andy lives just around the corner so we see each other for dinner every now and again and go hit the bike path occasionally. We get along great and have a lot of mutual friends. Sting lives in five continents but whenever he’s in Malibu, we chat and we hang. We keep in touch via email at about the same rate I would with a sibling.

Editing the Super-8 footage for my DVD really didn’t make me feel nostalgic, although there were a few surprises there. What really struck me was how cheerful it all was. In all my 50 hours of original footage, in every shot we’re laughing, goofing off and generally hamming it up. The camaraderie in the band just jumps out of every shot; we’re clearly enjoying each other’s company. Sifting through the footage really punctuated the whole Police experience for me and now I feel that the circle is complete.

Before, I always felt like there was some kind of unfinished business but, having made the film, I’m completely cured of The Police. For eight years, we were in this cocoon and it began to feel unnatural. It was years since I’d talked to a plumber or driven my own car and this weird, suspended animation made me feel like some Aztec sun king – like any minute they were going to take me to the top of a pyramid and cut my heart out with a glass knife!

Every member of every group assumes that they’re going to hit the top and that the world will be laid at their feet. For some, that becomes a reality; for others, it’s a dream that vaporises. I was one of the lucky ones and that makes it easier to bow out when the time is right. We never saw the other side of the parabola: every album was bigger than the one before it; every single stayed at Number One in the charts longer than the previous single; every show was bigger than the last. And then we quit.

So the Police experience is quite pristine in terms of what we accomplished. But I don’t think in terms of “spoiling” the past and, if there was a show, I would have no doubt that the three of us would be everything that we’d need to be. But no, we won’t do it.


The Police DVD Everyone Stares: The Police Inside Out is out now.