Behind the scenes with the furious, funny duo 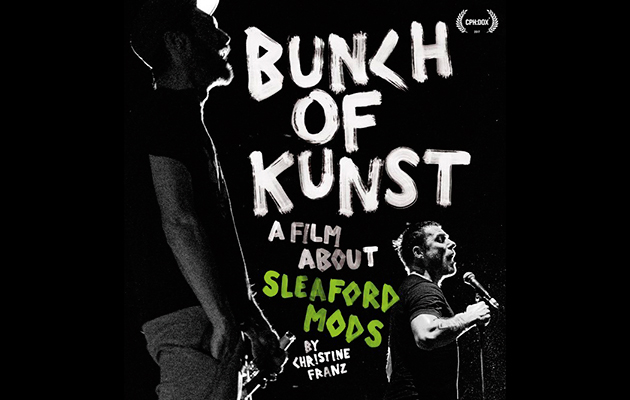 “I think I’ve bitten off more than I can chew with this ‘voice of the people’ tag they’ve given us,” says Jason Williamson, frontman with Sleaford Mods. It is the middle of 2015 and Christine Franz’ film finds Williamson and his creative partner Andrew Fearn on a regional tour. Although their music clearly resonates with their young audience, Sleaford Mods are entering a period of transition. They are about to release a new album, Key Markets, and a Glastonbury slot, Later… With Jools Holland and the patronage of Iggy Pop soon follow.

Williamson and Fearn are both very different subjects. On stage, Williamson comes across as part John Cooper Clarke, part John Lydon, part Ken Loach – a confident frontman with a sharp wit and an eye for social injustice. But what Franz’ film doesn’t really address are the years Williamson – a 40something father of two and a former benefits advisor – spent slogging away trying to get Sleaford Mods off the ground. We hear briefly about a succession of dead end jobs, but it is only part of the story. “He’s one of these people who disappear off the radar and you hear that they were dead,” says Williamson’s wife, Claire.

By contrast, Fearn is chatty yet somehow more reserved: the closest Franz’ gets to illuminating his interior life is when he reveals plans to pilot his houseboat along the canals to Bristol. The band’s manager Steve Underwood – a former bus driver – provides the film’s warm, avuncular heart. At one point, we see him manually affixing labels to 12” records in his upstairs box room while wrestling aloud with the moral implications of signing a distribution deal with Rough Trade. “Sleafords is music for everybody,” he eventually decides.