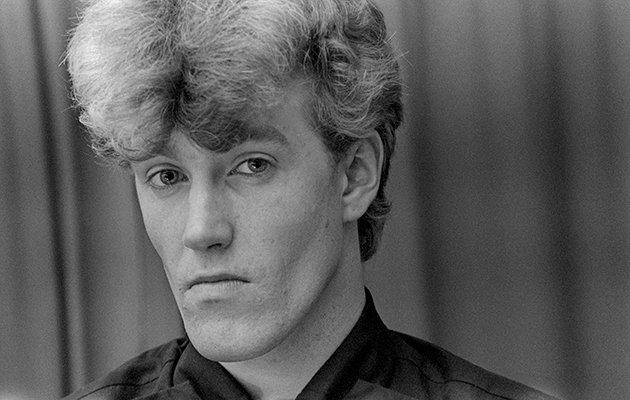 “Because of my health problems, I never expected to be here for long,” says Richard Jobson. “You start to think, ‘Well, I’d better have the best experience I can possibly have out of this.’ That’s what The Skids’ live performances were imbued with.”

Before the band were formed, however, when he was 16, Jobson condensed his intense worldview into a poem inspired by death, Tennyson’s “The charge Of The Light Brigade” and the brutal experiences of friends who had served in Northern Ireland. “Tennyson’s poem had all the things you love as a young guy – heroism and tragedy and loss,” says Jobson, as he and the skids prepare to return for a 40th- anniversary tour. “They were the very same qualities I tried to imbue in what was to become ‘Into The Valley’.”

With the poem set to an unforgettable riff from late guitarist Stuart Adamson, The Skids channeled their Scottish art-punk into something more sophisticated, anthemic and ambitious. “To my mind, there’s still no other band that sounds like the skids,” says bassist Bill Simpson. “We were still young, but we began to get into how things would evolve in the studio.”

Despite disagreements over production, which led Adamson to return to Scotland before their debut album, Scared To Dance, had been finished, 1979’s “Into The Valley” became their highest-charting single and took the group from Dunfermline to Top Of The Pops and beyond. “I’m recording again for the first time in however many years,” adds Jobson. “Working with Youth and producing this new Skids album has been amazing. We’ve managed to capture the energy and essence of what was then and bring it into a modern context. ‘Into The Valley’, ‘The Saints Are Coming’, ‘Masquerade’, these were all about the same things, and now I’m singing about them again today… Our daily diary of horror in 2017.”

BILL SIMPSON (bass): I knew Stuart from well before The Skids. We thought, “Let’s get a band together, get some gigs and have fun.” There was never a plan. The time was right for punk rock and The Skids were right for that time.

SIMPSON: We obviously had a great frontman in Richard, and an exceptional talent in Stuart as a guitarist and songwriter. Those two drew everybody to look further at what The Skids were doing.

JOBSON: The “Into The valley” line was inspired by Tennyson’s “The Charge Of The Light Brigade” – “Into the valley of death rode the six hundred”. I’d been working on it as a poem for a long time, since I was 15 or 16. A lot of my older friends from where I came from in Scotland couldn’t get jobs, and the last thing open to them was the British Army. They were pretty much sent straight to Northern Ireland for training. and it changed them a lot, in quite a negative way.

SIMPSON: The song was originally called “Depersonalised”, maybe not the most attractive title.

JOBSON: It’s not a catchy title! [But it was about] the idea that you could be stripped of your identity, thrust into the ferocity of a situation very naïvely. A lot of the guys I knew who went to Northern Ireland had become prejudiced when they came back. They spoke about Catholics or Irish Nationalists in a very negative way, and always used that precursor, “I know you’re not like that, but…” It definitely had a curious effect on them as people, and psychologically scarred them. So that had a deep influence on the song.