We’re still just about at that time of the year when there’s ample of it left to look forward to what’s coming up in the rest of it. Everybody’s at it, of course, it’s one of the things we do annually around now. 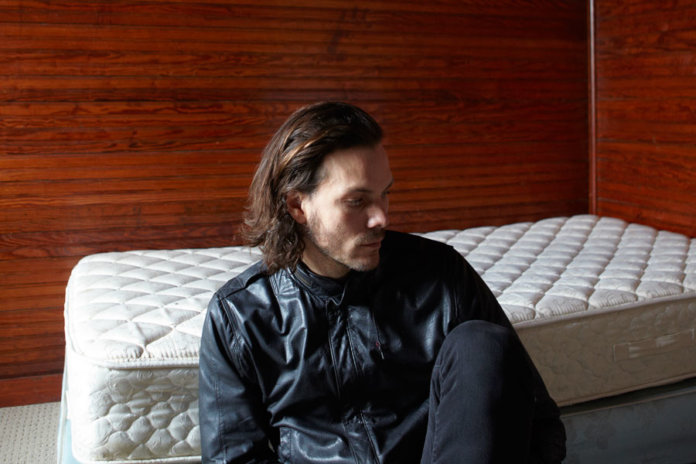 We’re still just about at that time of the year when there’s ample of it left to look forward to what’s coming up in the rest of it. Everybody’s at it, of course, it’s one of the things we do annually around now.

And as I mentioned in last week’s newsletter, there’s a pretty comprehensive run-down of 2012’s essential major releases in the current issue of Uncut, including new albums from Patti Smith, PiL, Paul Weller, Paul McCartney, The National, Dirty Projectors, The Flaming Lips and Dylan LeBlanc, whose follow-up to his sterling debut, Paupers Field, is now long overdue.

One new album that seems to have escaped our attention that I’ve been listening to a lot over the last week or so is the eponymous solo debut from Simone Felice, once of long-standing Uncut favourites The Felice Brothers and, more recently, The Duke & The King.

I’m not sure where the release of Simone’s album leaves The Duke &The King, possibly high and dry, although that would be a withering shame after just two albums, the second of which, Long Live The Duke & The King, essayed a starling line in cosmic country soul, where in the space of a single track you could hear Neil Young and Sam Cooke, Bob Dylan and Sly Stone, Marvin Gaye, P-Funk and Curtis Mayfield, an alchemical brew of ravishing melodies and soaring four part harmonies.

Simone’s album is less obviously expansive, but in most instances there are echoes on it of most of the above, the songs on the whole reminiscent of the solitary mood of more reflective Duke & the King numbers like “If You Ever Get Famous”, “Summer Morning Rain”, “One More American Song” and “Don’t Take That Plane Tonight”.

Mostly, it’s just Simone, his voice and guitar, some drums here and there, forlorn harmonica elsewhere, hints of keyboards, banjo, with backing vocals on a few tracks from his brothers and on album opener, “Hey Bobby Ray”, the Catskill High School Trebleaires, a choir of girls from Simone’s home town, who bring a touch of gospel to proceedings that also surfaces on the rousing hillbilly testifying of “You & I Belong”, which apparently also features “friends from Mumford & Sons”.

Other highlights include a stunning take on “New York Times”, a song that’s been in Simone’s repertoire for a couple of years, “Courtney Love”, “Dawn Brady’s Son” and “Sharon Tate”, which creepily evokes the murderous charisma of Charlie Manson and the horrors wrought by his so-called Family.

The album’s released by Reveal Records, home of Joan As Policewoman, on April 2. Simone headlines London’s Bush Hall on April 27.