Post-war Los Angeles was doubtless a swell place to live if you were a movie star, Hollywood mogul, business tycoon, captain of industry, political big-wig, gangster or otherwise a money-bags, cosseted by wealth, not much in life you couldn’t afford. 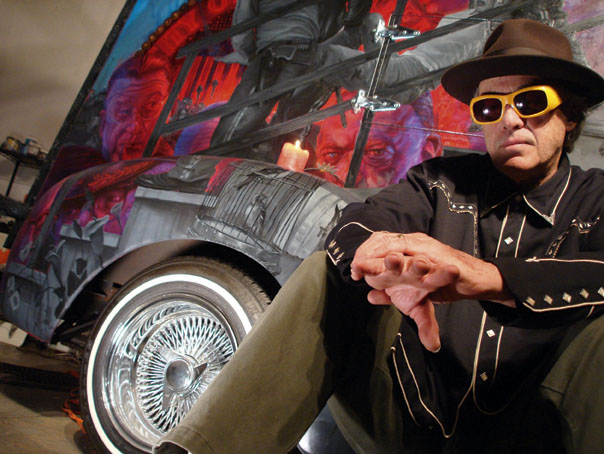 Post-war Los Angeles was doubtless a swell place to live if you were a movie star, Hollywood mogul, business tycoon, captain of industry, political big-wig, gangster or otherwise a money-bags, cosseted by wealth, not much in life you couldn’t afford.

On the other hand, if you were more the common drudge than the high-roller of your dreams, going home every night from a dreary job to your one room, a hot-plate and only the radio for company, Los Angeles, as much as anywhere else, would have resembled nothing much more than the arse end of a cruel world. And how much worse for you if you are unemployed, no money, none at all, those lavish spreads in Beverly Hills and similarly swish places a mocking reminder of your low place in the unhappy scheme of things, which is somewhere that makes you disinclined to see your fellow man in the best of all possible lights.
This is understandable, to the extent that in such disconsolate circumstances your fellow man may often be out to kill you, or at least rob you blind of even the little you’ve got, including your dreams.
“Everyone out there is a mad dog from hell until proven otherwise,” says one of the characters in Ry Cooder’s Los Angeles Stories (City Lights Books), his wholly impressive fiction debut, of the Los Angeles in which these stories, eight of them, are set. It’s a purely hardboiled universe, down here. Nearly all and sundry are scrapping for whatever they can get, on the make, hungry for whatever it is they haven’t got, including money, fame, drugs, pussy, a new outlook on things and a way forward that doesn’t end up with them in a ditch.
It’s a world at least partly familiar from fatalist noir classics from the time in which these stories are set (1940-1958), the kind of movies in which the way a character lights a cigarette tells you everything you need to know about them and how and where they may end up, which as a rule is nowhere they’d want to be. You’ll also recognise it from the books of Raymond Chandler, say, or James M Cain, and their tales of multiple duplicity, greed and murder, although there are also hints in the often surreal humour Cooder brings to bear on things of more recent writing by Denis Johnson, Barry Gifford and Barry Hannah. There’s also something often off-kilter about these stories that’s reminiscent of the Coen Brothers, who had similarly disturbing period fun in this vein with Barton Fink, whose blackly comedic horrors are several times recalled.
There’s at least one murder, usually a lot more, in each of these stories, which serially introduce us to ordinary people whose lives by accident or weird coincidence are derailed or otherwise made fraught by unpredictable circumstance and inexplicable happenings, chance encounters and the schemes of gangsters – “bright boys”, in the book’s sharply evocative vernacular – hucksters, hoodlums, grifters, extortionists and generally disreputable types.
So we have a door to door collector of census data, Frank St Clair, in the opening “All In A Day’s Work”, who can’t make a call without becoming involved in someone’s untimely passing, in one case especially grisly. In “Who Do You Know That I Don’t?”, a tailor specialising in suits for mariachi bands attempts to solve the mysterious death of a popular young singer, modelled on Johnny Ace, while in “Kill Me, Por Favor”, a drummer playing a deadbeat residency finds himself an unwitting accomplice to a double homicide and goes on the lam with an underage girl and a transsexual moll. “My Telephone Keeps Ringin’”, meanwhile, drops a middle-aged mechanic into a plot about property swindling in Santa Monica as complicated as Chinatown. In “End Of The Line”, a recently laid-off tram driver out on one last run picks up a girl who’s just plugged her gangster boyfriend and comes into a bundle of mob dough, which certain people will kill to reclaim and eventually do.
Taken as a whole, this collection offers a panoramic view of a rapidly changing Los Angeles and its immigrant communities, rich in period detail and idiomatic dialogue, sometimes based on Cooder’s own memories of growing up in the same neighbourhoods in which the stories are often set. Music plays an important part in all this and musicians, too, of course – including “the code-talking black men of jazz, the card-playing Filipinos of the Temple Street dance halls, the nihilistic pachuco boogie boys”. There are also walk-on parts for John Lee Hooker, John Coltrane, T-Bone Walker and Merle Travis, variously on their ways up or down, each with some piece of gnomic wisdom ruefully passed on as they themselves pass through these pages.
No dates are attached to these stories apart from the years in which they are individually set, so there’s no clear indication of when Cooder wrote them. You’d guess, though, that Los Angeles Stories was written alongside his so-called “California Trilogy” of Chavez Ravine, My Name Is Buddy and I, Flathead, with which the book has much in common as part of a truly remarkable late-career renaissance.