Reviewed! The Rolling Stones – On Air 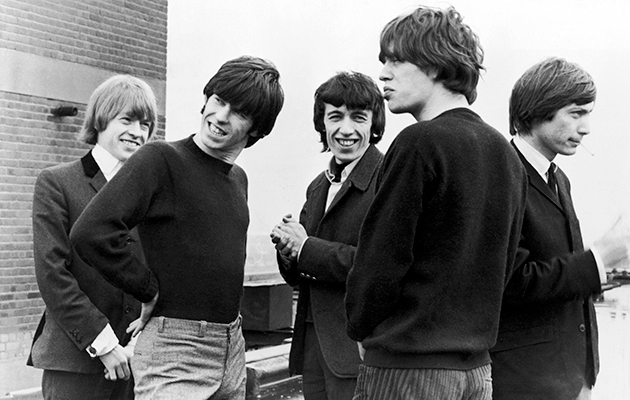 By their own admission, the success of last year’s album Blue & Lonesome caught the Rolling Stones by surprise. A collection of blues covers, recorded on the hoof in just three days, it reached No 1 in 15 countries and gave the reinvigorated Stones the second-highest opening week sales for any album in the UK during 2016. “I’m looking forward to Volume Two already,” remarked Keith Richards with understandable enthusiasm.

The Rolling Stones – On Air is essentially that sequel. If Blue & Lonesome was the sound of the Stones, as they are now, paying tribute to the music they played as young men, On Air transports us back to those early days. The first legitimate release for material the Stones recorded for BBC radio between 1963 and 1965, it captures the band between their rise to fame and the full flowering of the Jagger and Richards’ songwriting partnership.

Unlike TV, where bands mimed to backing tracks, radio required a full live recording. All the same, the sessions for programmes like Saturday Club, The Joe Loss Pop Show and Top Gear weren’t intended to be broadcast more than once or twice. Their historical significance, though, shouldn’t be understated. Recorded fast – often on their way to or from other engagements – the Stones’ BBC sessions offer compelling evidence of a young band making a dramatic entrance onto the early-60s rock scene.

The first track here is a version of their debut single “Come On”, recorded for Saturday Club on September 26, 1963 – six days before the Stones began their first national tour of Britain. As with much of what follows, it is a straightforward, unvarnished performance; but clocking in at two minutes, it’s a full 25 seconds longer than the single version. What’s new? A thrilling, nine-note guitar riff solos in at the 50-second mark before getting into a lively tussle with Jagger’s harp. And it’s not the only difference. The BBC’s Maida Vale studios give the song a warm, spacious sound absent from the rather perfunctory 7” they cut on May 10 that year at Olympic Studios. Bill Wyman’s bass, too, is a revelation: heavy, thudding notes played nonetheless with quick, dexterous precision.

What the BBC engineers at Broadcasting House made of Keith Richards’ Gibson Maestro fuzzbox when he plugged in on August 20, 1965 is, sadly, lost in the mists of time. As it is, the version of “(I Can’t Get No) Satisfaction” here proves particularly strong on guitars. There is an enhanced physicality to Richards’ demonic fuzztone riff, while the sustained control behind the thrust and chop of the chords adds a different but equally impressive texture. One abrupt crash of a cymbal and the song ends; a more dramatic exit than the single’s fade out.

The same freshness and changed emphasis reveal themselves through the sessions. A raucous “It’s All Over Now”, from The Joe Loss Pop Show of July 17, 1964, finds Richards and Brian Jones’ guitars scything across one another, far more vigorously than on the version they cut at Chess the previous month. Transmitted live, this is one of a handful of tracks from On Air to be accompanied by screaming. Although only “Little By Little”, from the April 10, 1964 Joe Loss show, includes any kind of engagement with the audience: a hasty “Thank you.”

As with similar BBC sessions sets by The Beatles and Led Zeppelin, unfortunately The Rolling Stones – On Air isn’t sequenced chronologically. Instead, it moves like a best of, stacking the hits up top. A major selling point of this set – available as either an 18 track or 32 track edition – is the inclusion of eight songs the Stones never formally recorded. These are assembled from the band’s core repertoire of blues covers honed during countless long nights in venues as far flung as the Red Lion in Sutton or the California Ballroom, Dunstable.

Certainly, the heavy blues of “Hi Heel Sneakers” and “Fannie May” go some way to giving an authentic representation of the Stones’ live sound during this period; foregrounding tight musicianship and purposeful swagger. There’s a breathless “Roll Over Beethoven” – how does Charlie Watts find time for those fills? – while “Cops And Robbers” finds Mick Jagger doing his best Americ-ay-un accent over a 4/4 bluesy strut, interspaced with some expansive harp soloing. Elsewhere, “Ain’t That Loving You Baby”, “Beautiful Delilah” and especially “Crackin’ Up” are wonderful, if slight, hits of hopped-up R&B. For “Memphis, Tennessee”, Jagger’s curiously reserved delivery is goosed along by some crisp guitar interplay between Richards and Jones. It seems the ancient art of weaving was a work in progress even in these early days.

If it’s hidden gems you’re after, the connoisseurs choice is a 3:47 version of “2120 South Michigan Avenue” – their instrumental tribute to the home of Chess, recast as a thrilling, protracted blues jam. The song’s breakdown section and the teasing back-and-forth between Jagger’s harp and Richards’ guitar sounds like a prototype workout for “Midnight Rambler”. You might wish it lasted at least twice as long. Recorded in October, 1964 for Alexis Korner’s Rhythm And Blues show, it is a moment when you can hear the band really start to become the Rolling Stones.