Reviewed: I Am Not Your Negro 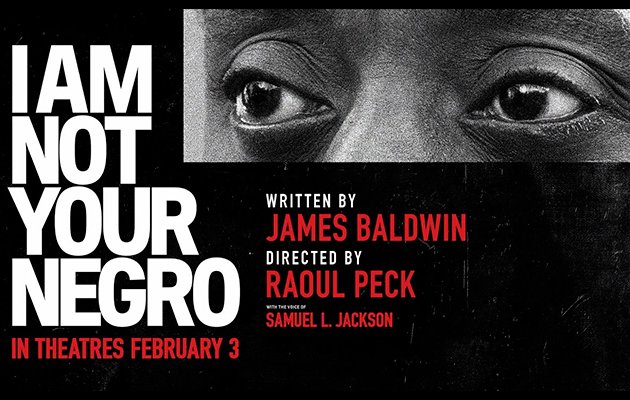 In June 1979, the author James Baldwin wrote a letter to his literary agent outlining his next project. Called Remember This House, it attempted to tell the story of America through the lives of three of his murdered friends, Medgar Evers, Martin Luther King and Malcolm X. “I want these three lives to bang against and reveal each other,” he wrote, “and use their fateful journey as a means of instructing the people who they loved so much, who betrayed them, and for whom they gave their lives.”

The memoir went unfinished by the time of Baldwin’s death in 1987. In I Am Not Your Negro, filmmaker Raoul Peck has crafted a formidable documentary loosely structured around Baldwin’s notes – read by Samuel L Jackson – alongside archival footage stretching from the Civil Rights movement to the Ferguson riots and Black Lives Matter. The dismal truth, of course, is that in some respects nothing has changed. “History is not the past,” wrote Baldwin prophetically. “It is the present.”

A black, gay man in a country that tolerated neither, in 1948 Baldwin settled in Paris – where he wrote his first two novels, Go Tell It On The Mountain and Giovanni’s Room – only returning to America in 1957 after seeing footage of protestors outside desegregated schools in Charlotte, North Carolina. “I am terrified at the moral apathy, the death of the heart, that is happening in my country,” confessed Baldwin. In 1968, Balwdin is a guest on the Dick Cavett Show being asked by the host “Why aren’t negroes more optimistic – it’s getting so much better?”

“It’s not a question of what happens to the negro,” Baldwin says, prescient as ever. “The real question is what is going to happen to this country.”