"One of the world’s great live spectacles..." 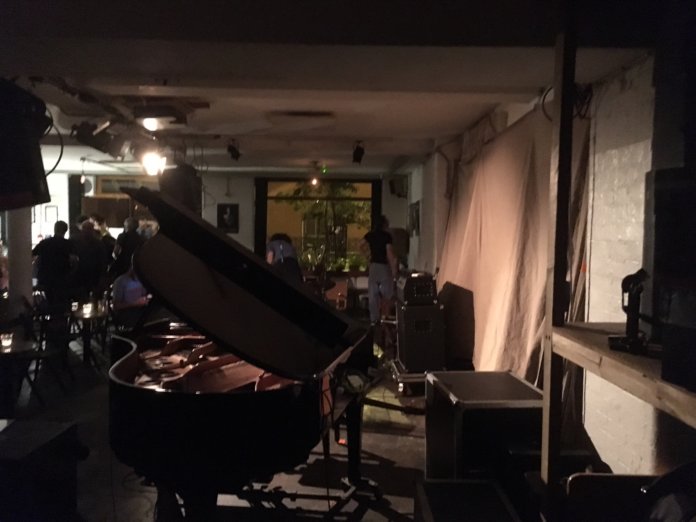 Moved to try and explain why he loved The Fall so much, John Peel once memorably pinpointed their appeal as “They are always different; they are always the same.” Since The Necks improvise every single one of their shows from scratch, it might seem strange to dredge this saw out of the archives in relation to them. Here, after all, is an Australian trio whose extended pieces for piano, double bass and drums operate in a misty demarcated zone between jazz, minimalism, avant-rock and classical music. Little is spoken, nothing is – theoretically – repeated. For a certain kind of music fan, The Necks have discreetly established themselves as one of the world’s great live spectacles based on an assumption of unpredictability. Where will they go tonight?

To Café Oto as usual, would be the first answer, since the Necks’ visits to the UK normally pivot around a few nights at the superb East London venue. At this point, the unexpected nature of their performances can also take on the shape of a familiar ritual: two long free-form pieces of about 45 minutes each, each prefaced by a tantalising minute or so of anticipation, as pianist Chris Abrahams removes his glasses, rubs his eyes, and engages with his bandmates in a passive-aggressive game to see who will crack and start first. No-one will look at each other for the duration. Struggling to understand how their isolated manoeuvres evolve into a music with innate compositional sense, people often talk of telepathy.

Habit, though, is a more likely explanation. Most Necks shows I’ve caught these past few years have recurring patterns – notably a sustained crescendo roughly 20 or 30 minutes in, that often consists of Abrahams playing blocky, repetitive clusters of notes while Tony Buck bounces various bells and hand cymbals around his drumkit, and Lloyd Swanton contributes a kind of fissile drone by bowing at his bass. The majesty of this racket never diminishes, but the elegant paths The Necks take in and out of it are what make their shows especially compelling.

Reviews of what the Necks actually do can be mystically impressionistic (“Rattlesnakes and starlings,” notes my wife, accurately, some way into the night’s second set), or like a jazz equivalent of a sports live blog: 9.58; Buck scrapes drumsticks across his snare like palette knives. 10.00; Abrahams moves into a series of fluttery extemporisations that recall Messaien, and so on. Tonight, though, a couple of themes come to the fore. The first piece sustains a humid, spacious poise for much longer than usual; as if, on a hot August night, their improvisational strategies have been climatically adjusted. The cacophony arrives eventually, but Abrahams sticks with a lush, romantic melody rather than drifting towards atonality. Debussy is faintly recalled, and the Miles Davis allusion could just as easily be to Sketches Of Spain as it is to something of a Necks default, In A Silent Way.

Radically, too, there are moments in both sets when The Necks subvert expectations by actually sounding a bit like their current record: specifically “Timepiece” from this year’s double set, Unfold, wherein Buck’s percolating arsenal assumes the timbre of a fire alarm in a Buddhist monastery, and takes precedence over Abraham’s diffident études.

Thirty-one years of creating music at the margins might have imbued The Necks with a certain consistency, but it has also, very slowly, brought them to a critical prominence. In the past couple of years, disparate low-key innovators – Joshua Abrams & Natural Information Society, say, or 75 Dollar Bill – have started to coalesce into a movement of sorts, that takes the original questing and open-minded imperative of Chicagoan post-rock and pursues it down ever more varied rabbit holes. The Necks are not, one suspects, comfortable scenesters; their music reverberates with an elevated disdain for definition and genre. But perhaps they are finally having their moment on a slightly broader stage – a moment that feels like it could go on forever, in their calm and trustworthy hands.