Deep into 2001’s Southern Rock Opera , there’s a point where Patterson Hood produces a mission statement for the Drive-By Truckers – and for an enlightened generation of bands from below the Mason-Dixon line. “You think I'm dumb, maybe not too bright,” he sings, “You wonder how I sleep at night/Proud of the glory, stare down the shame/Duality of the southern thing.” 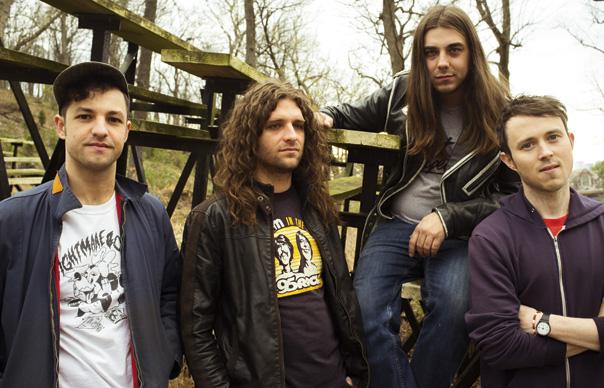 Deep into 2001’s Southern Rock Opera , there’s a point where Patterson Hood produces a mission statement for the Drive-By Truckers – and for an enlightened generation of bands from below the Mason-Dixon line. “You think I’m dumb, maybe not too bright,” he sings, “You wonder how I sleep at night/Proud of the glory, stare down the shame/Duality of the southern thing.”

Lee Bains III, a native of Birmingham, Alabama, has a good story about sneaking into a Truckers show with a fake ID when he was 16. He talks about how his father had taught him to love Lynyrd Skynyrd, about how “they so easily evoked in me a pure love for my home and culture, though a line of faceless, n-bomb-dropping, rebel-flag-waving dudes made Skynyrd lose their lustre in my teenage years.”

At the Truckers gig, though, Bains saw “scuzzy rocker dudes in cowboy boots and ballcaps hollering along to words about the duality of the Southern identity, and [Segregationist Governor of Alabama] George Wallace burning in Hell. I remember feeling a sense of solidarity and thinking, maybe this is what Daddy experienced with those bands when he was in high school.”

Virtuosity proliferates, but you won’t find a “Mountain Jam” in the taut 36 minutes of Dereconstructed. Following an apprenticeship playing guitar in The Dexateens (bandmate Matt Patton now plays bass in The Drive-By Truckers), Bains struck out on his own with 2012’s There Is A Bomb In Gilead, a rowdy and soulful take on the Muscle Shoals sound that put most of the Black Keys’ similar efforts to shame. “We Dare Defend Our Rights” upgrades that concept on Dereconstructed, in a generally tighter, harder and more anthemic set.

Besides the omnipresent spirit of Skynyrd, a firm grasp of The Rolling Stones remains prominent: “What’s Good And Gone” betrays particularly assiduous study of “Gimme Shelter”. But the pace is often wilder and rooted in punk – references to The Replacements and early Jason & The Scorchers seem plausible – so that “Flags” delivers its indictment of old Southern bigotries at virtual hardcore speed. And while “Mississippi Bottomland” might have the air-punching clout of an old AC/DC track (“Hell’s Bells”, maybe?), Tim Kerr’s garage-rock production aesthetic means that The Glory Fires are unlikely to be mistaken for the mainstream’s latest Southern Rock archetypes, Blackberry Smoke.

Southern Rock has always poeticised and ennobled the plight of the working man: Blackberry Smoke’s “One Horse Town” is typical, even if it sounds rather like a countrified Bon Jovi. Bains, though, goes deeper into exposing the reasons for that plight. “Hear the poets and professors/Postulate how we all got so robbed,” he notes amidst the Biblical imagery and anti-corporate rhetoric of “The Company Man”, before nailing Southern poverty as a direct result of the region’s historic political intransigence in “What’s Good And Gone”: “We dug in to our sin ’til we were drinking muddy water and eating shoestrings.”

The record company biography that posits Bains as “Ronnie Van Zant under the tutelage of Noam Chomsky” might be pushing it a little. With his excellent band, Bains is a defiant romantic as much as a realist, one who mythologises the honeysuckle vines and Queen Anne’s Lace flowers of his hometown while ruefully admitting that “the new architecture’s largely depressing/And the politics are pretty regressive.”

As “The Weeds Downtown” goes on, though, and the twin lead guitars rear up one more time, Bains finds droll solace in improving crime statistics and the fact that the population decline is, at last, “stagnating”. “I know that Birmingham gets you down,” he sings, a master of qualified pride, “but look what it raised you up to be.”