Randy Newman: “I’m slowly realising just how stupid I am!” 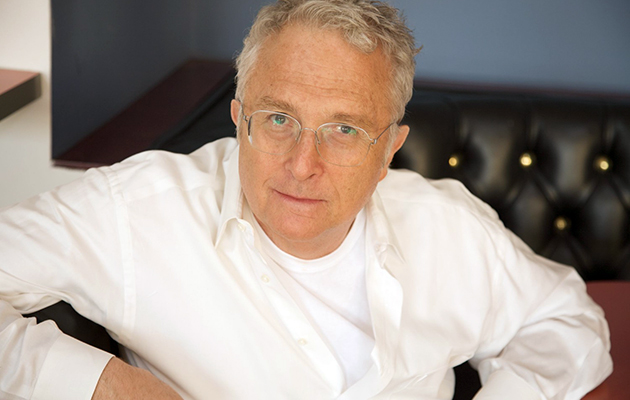 It might surprise you to learn that Randy Newman has only ever bought “around 50” pop records in his life. “Most of my collection is classical, some jazz, hardly any pop. But the pop stuff I like, I really like. And I’m slowly learning more.” Over the course of our conversation, he’ll enthuse about Ray Charles (“the big guy, the Moses of pop”) and Cilla Black (“her version of ‘I’ve Been Wrong Before’ is the best recording of one of my songs I’ve ever heard”), and talk modestly about his work with Ry Cooder, Harry Nilsson and Elton John. Recently turned 68, and the recipient of two Oscars, three Emmys, four Grammys and a star on the Hollywood Walk Of Fame, Newman shows no signs of slowing down. He tours the UK this month in support of his recent Live In London LP and he’s just finished work on a new film OST. But first, there’s the small matter of the Uncut mailbag, which holds a bumper crop of questions for him. “The more questions these guys ask me, the less I realise I know,” he admits. “I’m slowly realising just how stupid I am.”

Be honest, do you hate the way Family Guy portrayed you?
Luis, Richmond
No, I don’t hate it! For those who’ve not seen it, I’m the obnoxious songwriter type who is sitting there playing and describing everything that happens around me. “Fat guy walking up to me,” and so on. It’s really a good joke and a good impression, although I’m not that observational kind of writer. Not many of my songs are descriptive. But hell, it’s such a good idea that why not me? The thing is that more people now recognise me and ask for my autograph after being parodied on Family Guy than anything else, including Toy Story. It’s amazing. You slave all your life to make good work – and you end up being recognised for a bad parody in a cartoon!

You studied music to quite a high level. Can too much musical education be a help or a hindrance to a songwriter?
Vicky, Manchester
It can certainly be a hindrance when you have no real affection or understanding of what’s great about R’n’B or gospel music or hip hop. If you have no affection for pop music – if you can’t understand the appeal of Fats Domino or Eminem – you shouldn’t be writing it. But musical education is no hindrance at all, as long as you remember where you came from. I’m not afraid to just use three chords in a song. You don’t ever want your songs to sound laboured. The only time I really start to use my musical education is when I’m doing arrangements, but I don’t make it the focal point of what I’m doing. I hope I don’t anyway. People make great records without having much theoretical knowledge. They have instincts. People like The Beatles or Brian Wilson, they naturally go to the right places. It takes some of us years of education to get there!

Have you ever used Scriabin’s “mystery chord” in any of your work?
Van Dyke Parks
Ha ha! This was some weird extended chord Van Dyke Parks once explained to me. I’ve probably stumbled across it, but not the way he has. I guess myself and Van are both conservatoire-trained musicians, but he wears it rather more obviously than I do. Which is a way of saying that I only use three chords! Van is one of the people you meet in your life where you remember everything they say, whether it’s funny, intelligent or whatever. I worked with him a lot in the late ’60s and early ’70s. He’s a tremendous musician. A great pianist, if a little discursive for some, but he has impeccable taste.