Plus Endless Boogie, She & Him and our recommended releases catch -up! 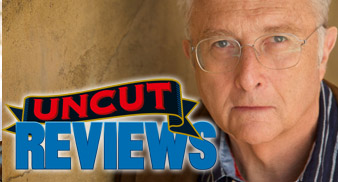 Uncut.co.uk publishes a weekly selection of music album reviews; including new, reissued and compilation albums. Find out about the best here, by clicking on the album titles below.

All of our album reviews feature a ‘submit your own review’ function – we would love to hear about what you’ve heard lately.

RANDY NEWMAN – HARPS & ANGELS – 4* Newman is back with a blinding album after almost a decade.

SHE & HIM – VOLUME ONE – 3* Promising debut album from Zooey Deschanel and M Ward; the latest Indie/Hollywood hook-up

Plus here are some of UNCUT’s recommended new releases from the past month – check out these albums if you haven’t already:

PRIMAL SCREAM – BEAUTIFUL FUTURE – 3* “It’s too blunt, messy and reverent to be up there with their best, but you hope that it also serves a secondary function: to clear the decks for one last magnificent tilt at rock deification on album number ten,” says Uncut’s Sam Richards. Check out the review here. Then let us know what you think of Gillespie’s latest.

DAVID BOWIE – LIVE IN SANTA MONICA ‘72 – 4* Legendary bootleg finally gets an official release, remastered by the Dame himself

For more reviews from the 3000+ UNCUT archive – check out: www.uncut.co.uk/music/reviews.