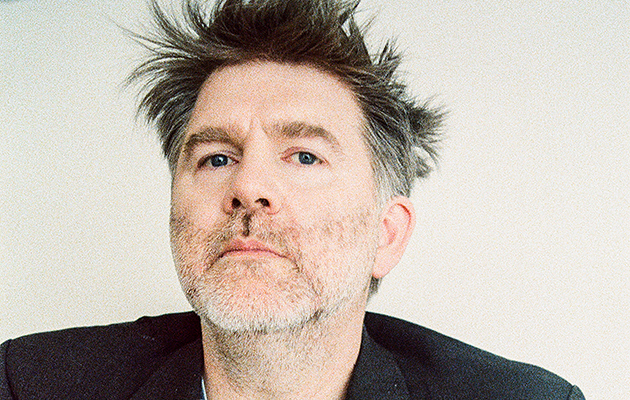 A lot of the lyrics are quite melancholic – is something like “Oh Baby” a personal song or is it more abstract than that?
I’ve been allowing myself to write from different times of my life. It’s been really nice, because I’ve lived longer. “Oh Baby”, “I Used To”, “American Dream”, these are songs about different times of my life. It’s just like if you were writing a novel and you write a novel about being 17 or 28. It doesn’t feel weird if you’re writing a story, but [with music] people imagine that you literally just walked in from an event, walked up to a microphone and sang about that day – which does actually happen with me, but not all the time. There are things from different times in my life, and there’s a lot of stuff from being a kid. The record, if I had to pick two things that were running themes: one of them is just dealing with the aesthetic and emotional world of my ’80s, my teenage time, in a way that is un-judgmental; and the other is just dealing with a kind of overwhelming amount of people dying in the window between the last record and this record. So it would be stunning that it wouldn’t be a more melancholic record, in a way, as those are the two things that I can’t avoid when I listen to the record to a certain degree. There’s other things going on, that’s not everything, but those are to me the dominant feelings that I guess I think about. I remember when I was on the second record, I was like, “Jesus, can I make a record without somebody dying?” I was like, “Ah, I’m getting older, I know more human beings, I’ve been on the planet longer…” But then from 2009 to now, it’s like, fucking hell. And it’s not showing any signs of slowing. It’s crazy. And also people that I value but don’t know personally – we’re hitting a very difficult age for the people that invented the music that means the most to me. And they’re not being replaced, you know what I mean? And the things right before them didn’t mean the same to me – when Frank Sinatra died, or Elvis died, I knew who they were very clearly, but they weren’t my people at all, and now my people are dying. You’re seeing it in front of you, and then you realize you’re on the treadmill, that’s why that’s happening, because we’re all on the fucking treadmill, it’s real unescapable. [laughs] Uplifting!

On a lighter note, are you still using your old Epiphone bass and Squier Tele?
Yeah! We bought more Teles, and other Teles have made it onto the record, because we recorded a lot in London. There might be two bass deviations on the record, but for the most part it’s the Epiphone. And we still carry ‘the one’ – I probably have 20 of those Epiphone basses, but one of them sounds better than all the others. We have two sets of equipment, one in the US and one in Europe, but that red bass that Tyler plays goes on the plane with us – it’s the one thing! That’s my baby.