In praise of Arcadia – part folk horror and part documentary

May Queens go wild in the country 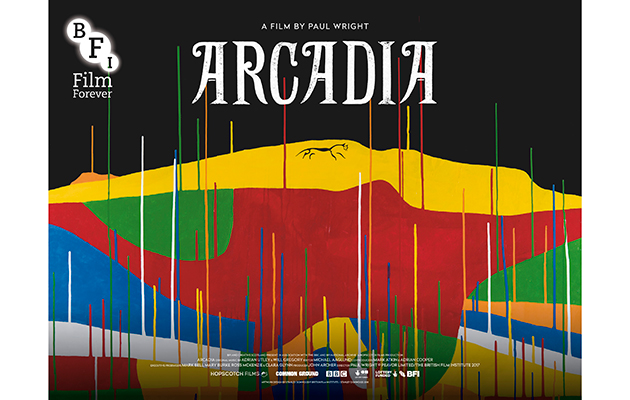 In 2011, the BFI released Here’s A Health To The Barley Mow, a compilation of archival films celebrating the folk customs, songs and dances of Great Britain. Arcadia is its natural companion: a look at the changing relationship the British have with the land around us, as seen through local celebrations and festivals to agricultural practises, village life and lost crafts.

In some respects, Arcadia also falls into a small cluster of films from the late 60s and early 70s knotted around the edgelands of Britain; places saturated in folk memory. Philip Trevelyan’s The Moon And The Sledgehammer documented the extraordinary Page family, living in a wood in Sussex without electricity of running water, while Peter Hall’s Akenfield chronicled the changing character and rhythms of a Suffolk village during a time of agricultural upheaval.

Arcadia, meanwhile, appears less driven by socio-political agenda. While some Deep Englanders will presumably delight in the footage of sun-dappled village greens, country churches and schoolboys playing cricket – all this soundtracked to “Jerusalem”, of course – it is only to offer a counterpoint to a more visceral and demonstrably real depiction of the British countryside. This is the hard work undertaken by rural communities in order to survive, where the British landscape is a lonely and unforgiving place. In that respect, Arcadia feels close in spirit to The Leveling, God’s Own Country and Dark River – social-realist dramas that focused on bleak portraits of rural life.

There is magic here, too. Director Paul Wright interweaves footage of backbreaking manual labour with shots of May Queen coronations, water diviners at work or girls dressed as fairies skipping round a fountain. Adrian Utley and Will Gregory’s score adds a kind of eerie texture. One further comparison would be Julien Temple – if his films on London have explored the roots of the capital then with Arcadia Wright has achieved a similarly hypnotic and heady equivalent on the British countryside.