In which we learn, “Life has no meaning!" 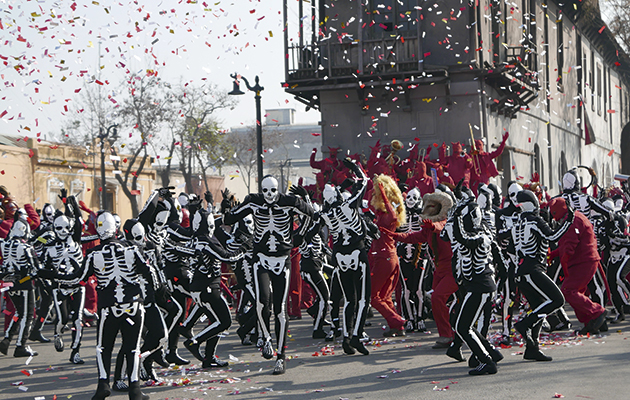 “I have no feeling of time,” Alejandro Jodorowsky told me in 2015. “I have been living in Paris almost 100 lives. To me, there are a lot of Alejandro Jodorowskys who died. And then I am reborn. Everything is changing. You, me, the universe. Everything is changing. To be old doesn’t exist. Inside, I am the same. In order not to get old, I don’t see myself in the mirror.”

We were talking ahead of the release of The Dance Of Reality – the Chilean director’s first film in 22 years. “It’s about my life,” he told me. On paper, you could broadly describe it as an autobiographical drama about Jodorowsky’s boyhood in the remote Chilean fishing port of Tocopilla during the 1930s, dominated by his tyrannical father. But, this being a Jodoroswky joint, it was dotted with phantasmagorical conceits, including torture, political assassination, a novelty dog show, dentistry without anesthetic and a female lead who sings her dialogue.

The Dance Of Reality – and its follow-up, Endless Poetry – might not have been made were it not for a typical Jodorowsky cosmic unfolding of events. In 2010, he was reunited after 30 years with Michel Seydoux, Jodorowsky’s producer on his famously ill-fated attempt to film Frank Herbert’s sci-fi novel, Dune. Seydoux bankrolled The Dance Of Reality but Endless Poetry has been partly crowd-funded. In this film, the adolescent Alejandro and his parents leave Tocopilla for Santiago de Chile, where a cousin initiates him in the city’s artistic commune; sex, art and poetry beckon.

Those who know Jodorowsky principally as the mastermind behind psychedelic Westerns El Topo or The Holy Mountain will perhaps be surprised by the warmth and charm of his two most recent films. Certainly, while Endless Poetry is not without its trademark Jodorowsky surrealism – there are melancholic dwarves, intercessions from the real Jodorowsky and black clad stage hands moving sets around – its weirdness is reined in, favouring instead a sincerity and quite possibly even sentimentality. In one scene, the real Jodorowsky exorts his manqué son: “Life has no meaning! It’s just meant to be lived! Live!”