Pond, Ought and Gulp at End Of The Road Festival – Day 1

All the action from the first afternoon of the Dorset festival 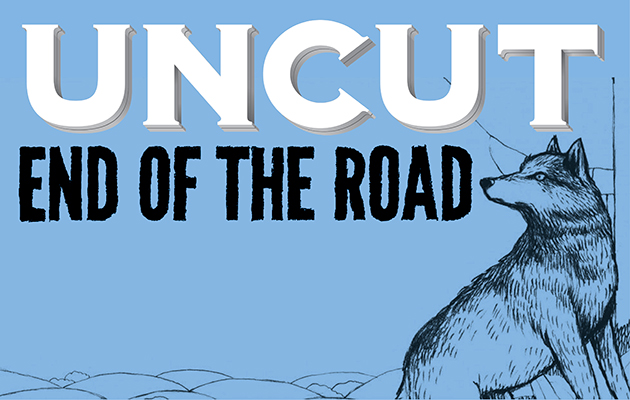 Uncut are back in Dorset again this year, hosting a stage at our favourite festival, End Of The Road, and some informal (and informative) onstage Q&As – Gulp today, Sleaford Mods on Saturday and Jessica Pratt on Sunday.

In between taking photos of peacocks and trying to avoid the lure of the hot cider bus, we checked out some music – Ought, who seem to be stealthily becoming relatively ‘big’,  draw quite a crowd to the pretty Garden Stage in the middle of the afternoon. The Montreal post-punk quartet, who draw on the complexity of math-rock, the jagged edges of Fugazi or The Fall and the dramatic momentum of Patti Smith, perform tracks from their debut, 2014’s More Than Any Other Day, as well as a selection from their new album, Sun Coming Down.

They start with the pulsating “Pleasant Heart”, the first song from their debut, Tim Beeler clawing at his guitar and drawling like a mid-Atlantic Mark E Smith, before launching into second-album highlight “Beautiful Blue Sky”. On the latter, and “More Than Any Other Day”, the angular-looking frontman launches into speak-singing a la Lou or Patti, as Matt May distorts his keyboards so they spit out guitar-like fragments.

We leave Ought to see Perth’s psychedelic explorers Pond, who pull a huge crowd in the Big Top tent – today its cavernous canvas insides are covered with stars, prompting frontman Nick Allbrook to describe it as “like a child’s bedroom”.

They kick off with “Waiting Around For Grace” and “Elvis’ Flaming Star”, the first two songs from January’s excellent Man It Feels Like Space Again, their sixth album. For the first time in years, Pond are now back to their core quartet onstage, with keyboardist Jamie Terry playing synth bass with his left hand and guitarist Joseph Ryan occasionally filling out low-end with an octave pedal. With the help of a couple of backing tracks too, they sound as colourful as ever, especially on the ridiculous prog riffing of “Giant Tortoise”.

We hear they later cover Brian Eno’s “Baby’s On Fire”, but sadly we’ve had to leave in order to check out Gulp on the Uncut Tipi Tent Stage. The band’s Guto Pryce (also the bassist in Super Furry Animals) and Lindsey Leven took part in our first Uncut Q&A of the weekend earlier in the afternoon, and revealed that they’ve just begun recording their second album in Wales – during their set we get treated to two new tracks, including the delicate, downbeat “Spending Time Right Here With You”, with Leven’s sun-dappled synths adding a woozy element to the vintage electronic rhythms.

The rest of the highlights are taken from their debut album, 2014’s Season Sun, though, especially the sublime, swung “Game Love”, and “Seasoned Sun”, laced with distorted guitar.