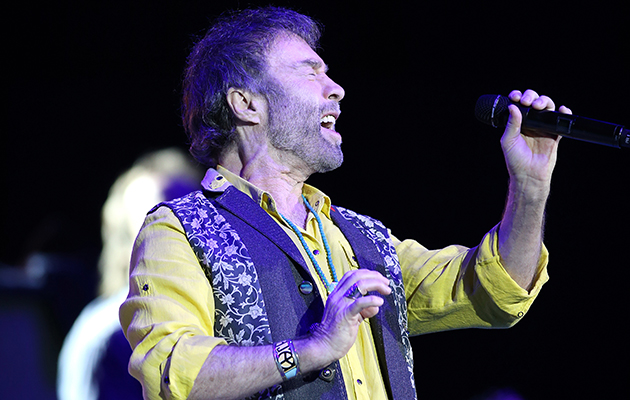 FREE
HEART-BREAKER
ISLAND, 1973
Free split in 1971, demoralising Paul Kossoff, who developed a serious drug habit. The band reunited for this last album, with a new lineup. Kossoff played on it, but wasn’t credited as a bandmember. He died of cerebral and pulmonary edema during a flight from LA to New York in March, 1976.

I don’t really want to go into all of Koss’ problems, because I always think of him as a really together guy. He was the whole time I knew him. When I first met Paul, he was driving a car round London and I didn’t even have a driving licence. Free’s initial split did hit Koss very hard. But I’d moved out to the country. He was fine when I left him. Were those lines in “Wishing Well”, “throw down your gun you might shoot yourself/Or is that what you’re trying to do?” directed at Koss? No, they were absolutely not. It’s just a song that I wrote about an imaginary person. I don’t know who would have taken the decision not to list Paul as a member of the band on the album, that’s really weird. He was absolutely still in the band, and he played fantastically on Heartbreaker. But there was a different lineup. Now we had John “Rabbit” Bundrick’s keyboards, and in many respects it was a richer sound. But if you fill everything with sound, you don’t have those lovely gaps that you can step into emotionally. When I listen to “Seven Angels”, I was going through a very depressed stage myself, that lyric was very dark. It was sad to lose Free, but the infighting – a lot of it between myself and [Andy] Fraser, I admit – was unpleasant and unnecessary. I just didn’t need it.

BAD COMPANY
BAD CO
ISLAND, 1974
Bad Company were managed by Peter Grant and signed to Led Zeppelin’s Swan Song label in the US, with ex-Mott guitarist Mick Ralphs as Rodgers’ songwriting foil in this more straightforward rock outfit. This debut topped the US charts.

It was nice to be in a band with great management. Peter Grant said to me, “Led Zeppelin have been delayed [making their record].” So he set us up at Headley Grange with Ronnie Lane’s mobile studio outside of this huge old mansion. We’d get up, somebody would make breakfast, somebody would light the fires, someone would pick up a guitar, we started the music, and suddenly we’d be recording. It was very organic, it was very hippy-like and relaxed, and we all had our wives there. We’d set up the instruments in various different parts of the house, so we could record them clean. I sang “Bad Company” in the middle of a field at midnight under a full moon, to get that atmosphere. That was possibly one of our strongest albums musically. “Can’t Get Enough”, “Rock Steady”, “Ready For Love”, “Bad Company” – most of the songs I can still include in my solo set today. We had a similar situation to “All Right Now” with “Can’t Get Enough” [US No 5] and “Bad Company”, but everybody was prepared for the onslaught. We’d be flying in a private Vickers Viscount, Rolls-Royce-engined aeroplane, and we’d be met on the tarmac by limousines. And in a way I can thank what happened to Free for being ready for it then. Although ‘thank’ is not quite the right word, because it really damaged Koss, ultimately. Bad Co’s got that simplicity. I do like space. We were basically back to stripped-down rock’n’roll.

PAUL RODGERS
CUT LOOSE
ATLANTIC, 1983
Disillusioned with Bad Company after 10 successful years, Rodgers split the band. Retreating to his home studio, he played every instrument on this belated solo debut.

I was very frayed round the edges, and we were getting too far away from the music at the end of Bad Company, it had shifted to getting stoned. I thought we were basically arsing around in the studio, and I cut out. At that point in my life, I’d had it with touring, and the whole craziness. Everything was cray-zy. I’d come off the road, but I didn’t want music to be very far from my life, so I put a studio in my house. So eventually I recorded Cut Loose. I thought that title was apt, because I had cut myself loose from Bad Company. I played all the instruments. It was an experiment for me, and I learned a lot. One of the things I learned was, it probably is better to play the songs with a band. There’s more spirit and fire to it than if you’re layering. But I think I did OK. I had the studio in the attic, it ran the full length of the house, it was quite big and shaped like the roof, and I could go up there at any time of the day and night and play, so it was quite wonderful, really. I had a lot of guests who came in, though they didn’t feature on the songs I released. Bill Wyman came down, a lot of people visited and jammed. Jimmy Page did, and that led to the next thing…