On the return of Sinéad O’Connor

When Sinéad O’Connor tore up a picture of Pope John Paul II on Saturday Night Live in 1992, she brought into focus her gifts for music, controversy and self-publicity in one fairly explosive package. 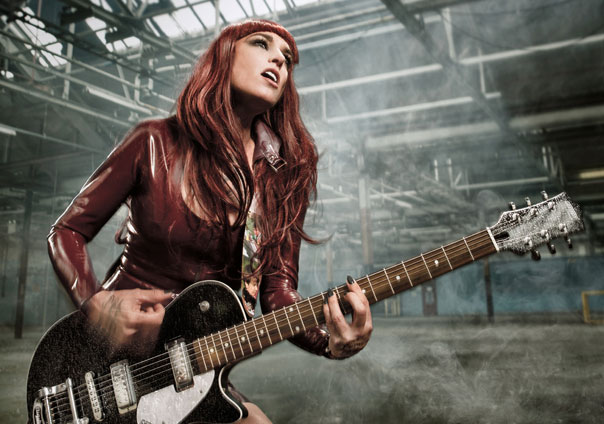 When Sinéad O’Connor tore up a picture of Pope John Paul II on Saturday Night Live in 1992, she brought into focus her gifts for music, controversy and self-publicity in one fairly explosive package.

Since then, O’Connor’s career has followed a singular – often heartbreaking – trajectory encompassing ordination into the priesthood, misdiagnosed bipolar disorder, an 18-day marriage and, most recently, an online spat with Miley Cyrus concerning the perceived exploitation of the former teen pin-up. Nevertheless, in amidst such hullabaloos, O’Connor’s voice – a thing of silvery, haunting splendor – has remained a constant reminder of her exceptional talent.

O’Connor’s recorded output has also followed an idiosyncratic path: there have been albums of traditional jazz standards, Irish songs and reggae covers. But on I’m Not Bossy, I’m The Boss – named after an awareness campaign to promote women’s empowerment in the workplace – O’Connor shoots for the pop vibes of her last studio album, 2012’s How About I Be Me (And You Be You)?.

On this, her tenth studio album (produced by her former husband and long-term collaborator John Reynolds), O’Connor explores the perspectives of a number of different female characters. The opening track, “How About I Be Me?”, foregrounds O’Connor’s voice against a minimal backing – a persuasive reminder of her natural abilities, certainly, but also perhaps a subtle nod to “Nothing Compares 2 U”. Here, O’Connor’s narrator claims she will only find fulfillment in the arms of a man: “A woman like me needs love / A woman like me needs a man to be / Stronger than herself”. Soon after, one of the album’s more empowered characters emerges in the playful “Kisses Like Mine”. “See, I’m Special Forces / They call me in after divorces / To lift you up”, she teases, buoyed along by some cheerful guitar riffing. This early run of songs finds O’Connor tapping into the bruised intensity of her early days; but fortunately not at the expense of her sense of humour.

The album’s dramas, complications and conflict continue with one of the album’s standout tracks, the gentle “Your Green Jacket”. In this vignette, we experience one character’s unrequited love – “Even though I know I’m not for you / Is it OK to say I really do adore you” – before O’Connor telescopes in on a moment of extraordinary intimacy. “Smelled your jacket / When you left it on its lonely post / Wrapped it ‘round me / Like it was the holiest of ghosts”.

She ups her game further for the album’s centerpiece, “Harbour”: a gruelling account of abuse, where “A broken 14-year-old girl / Hasn’t been allowed to tell / What actually happened in hell”. However fictional the narrators of each individual song are, it seems likely that in this instance, O’Connor is writing from her own experiences. The intensity and drive of the guitars – when they hit – matches the passion and righteousness of O’Connor’s mesmerizing delivery.

There are lighter moments, too. “James Brown” – featuring Seun Kuti on horns and Brian Eno on bass – is mischievous Afrobeat funk, complete with O’Connor essaying the occasional JB-style “Yow!” “Take Me To Church” and “Where Have You Been”, meanwhile, are upbeat if fairly unremarkable rockers. She exits the album with “Streetcars” her voice cast against an airy keyboard refrain. In this suitably valedictory note for an album that has addressed love in various guises, her narrator wryly concludes, “There’s no safety to be acquired / Riding streetcars named desire”.