On class, hate, The Rolling Stones, the Tory Party, Glastonbury 2013 and the problem with Mumford & Sons…

At some point on Sunday night, it seems as if quite a few restless people watching the BBC’s Glastonbury coverage started Googling “threw”, “bottle” and “Mumford & Sons”. For the past 36 hours, 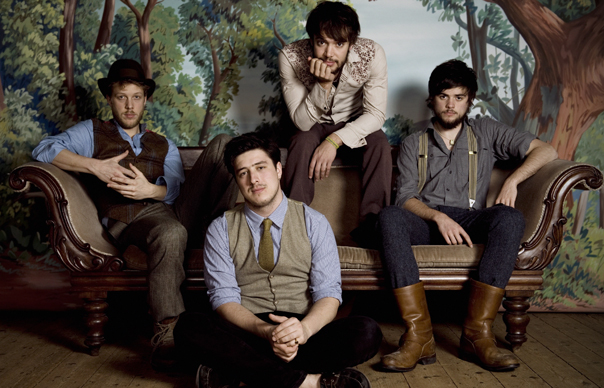 At some point on Sunday night, it seems as if quite a few restless people watching the BBC’s Glastonbury coverage started Googling “threw”, “bottle” and “Mumford & Sons”. For the past 36 hours, the most popular page on uncut.co.uk has been an old news story from 2010, in which The Fall’s Mark E Smith articulated his dislike for Mumford & Sons, mistook them for “a load of retarded Irish folk singers,” and claimed he threw a bottle at them during a festival in Ireland.

Judging by a bunch of comments that have been tagged to this story on social media, you’d be forgiven for reinventing Mark E Smith, possibly unsteady curmudgeon and long-rehearsed provocateur, as some noble embodiment of public dissent: the man who flung a bottle on behalf of the seething millions. Mumford & Sons are currently one of the most popular rock bands in the world, but the most striking thing about their success, at least in the UK, has been the energy expended by those who hate them. What, exactly, is their problem?

For my part, a dislike of Mumford & Sons’ music is relatively straightforward. They seem to be another band in the anthemic strain of Coldplay, Snow Patrol et al, whose music evidently provides a sort of consolatory hug on an epic scale. It’s hard to hear much folk in what they do; rather, they toy with what many grasp as signifiers of folk – banjos and waistcoats chiefly, as far as I can tell – and give themselves a vague bucolic air. It’s a set dressing, a point of difference, no more critical to their sound than the daft paint-spattered outfits or ragged vintage uniforms that Coldplay wore so assiduously for their last two campaigns.

This set dressing, though, seems to be what so many of Mumford & Sons’ detractors focus upon. They are not, as a consequence, just one more stadium indie band with a slight twist on the tearful mass dynamics patented by U2. They are, instead, portrayed as the shock troops for twee rusticity, flagbearers for the complacency and traditions of the Tory shires; part of an apparent axis of evil alongside Boden clothing, Country File and Kirstie Allsopp.

At the heart of this contempt, perhaps, is a residual belief shared by many British people of a certain age that, if a rock band are middle-class, they should have the good grace to pretend otherwise (though we’ll then ridicule say, Damon Albarn, for his studied estuary vowels), or at least to behave so appallingly that they implicitly renounce their ‘nice’ upbringing. I’m not sure whether Marcus Mumford has ever made any clear political statement, but it’s interesting that one middle-class Glastonbury headliner – Sir Mick Jagger – has spent decades consorting with British gentry, and recently admitted to some degree of Conservatism and to meetings with Margaret Thatcher.

Yet Jagger and The Rolling Stones are still cartoonified as anti-establishment, and their quintessentially Conservative insolence and greed are contextualised, with tacit approval, as a decadence and a glamorous, countercultural immorality. If Mumford & Sons are characterised as Tories, it seems to be, weirdly, down to what people perceive as an invidious politeness and gentility; neither attributes that more nuanced opponents of the Conservative Party would recognise in David Cameron’s ideological dismantling of the Welfare State.

The strange thing, of course, is that plenty of people seem to think it’s more satisfying and productive to attack Cameron, George Osborne et al for their social backgrounds rather than their policies; that to ridicule them for going to Eton or for the provenance of their burgers is more politically useful than to indict them for the glaringly evident inequalities caused by their decisions. It’d be naïve to imagine that their privileged backgrounds haven’t influenced their political outlook in some way, but it’s also reductive to bind the two inexorably together: not all hardline Tory ideologues – David Davis springs easily to mind – come from the upper echelons of English society; not quite all of those born to land and title – Tony Benn, of course – follow a path of Conservatism.

It’s a pretty facile point to make, but it seems salient, not least because I’m not convinced that creating elite stereotypes is the best way of criticising either a government or, somewhat less importantly, a rock band. Maybe so many people hate Mumford & Sons because it’s easier to take offence at their aesthetic coding, rather than try and articulate exactly why they don’t like what is, when all’s said and done, the kind of bland and nebulous music that is often quite hard to critically spear. Maybe we can’t be bothered to engage with deeper issues because they’re not as much fun. Maybe it’s a sport to lambast caricatures of poshness, and to fetishise equally shallow ideas of rebellion. Or maybe we should have switched off the Glastonbury coverage, and put on a record we actually enjoyed. Got any Frank Turner?