New music for the over-33s (and younger)! 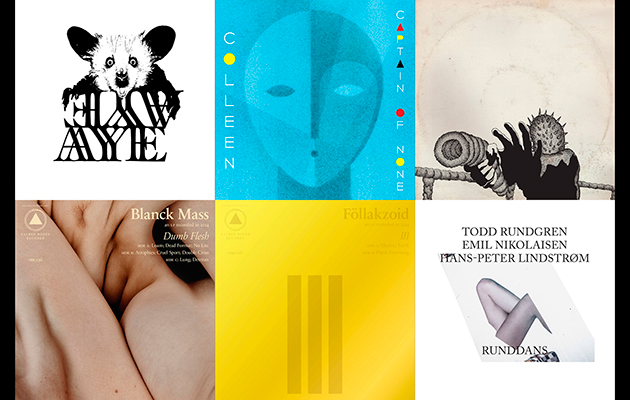 There was something of a social media meltdown on the Uncut Facebook page at the back end of last week, after Michael posted this news story on www.uncut.co.uk. It reported one of those surveys guaranteed to rile people – specifically, in this case, people over the age of 33 who still engage with new music. Rarely, in fact, has there ever been a bigger provocation to Uncut’s indignant hardcore, than being told, “For the average listener, by their mid-30s, their tastes have matured, and they are who they’re going to be… Listeners are returning to the music that was popular when they were coming of age – but which has since phased out of popularity.”

Of the several hundred responses from our readers, many limited themselves to an economical “bullshit”, or similar. Others, though, articulated their exasperation with being so reductively categorised. “I’m 55 and I still check out and buy new music,” wrote Mark Anthony Wyatt. “My musician son tips me off on new bands/artistes he thinks I will like, and I do the same for him, but it’s almost never chart/day time radio playlist stuff. These old farts who say ‘It’s not like it was in my day’….. open your ears!” Meanwhile Peter Geise, 65, pointed out, “I like all kinds of different music from ’30s jazz and blues to modern types. My latest purchases are Real Estate, Caribou and The War On Drugs.”

It all corroborated a fundamental suspicion we have about Uncut readers; that while many still treasure the music of Bob Dylan, Neil Young, The Beatles, the founding fathers and mothers, the gilded ’60s generation, they’re also hyper-attuned to new music. For the past few years, experts have told us that online music stores and streaming sites have collapsed the boundaries between notionally old and new music, but Uncut readers have mostly grasped this for decades. Music is a continuum, and good things keep turning up, if you have the appetite to keep looking.

For example: if you’ve enjoyed Goat these past few years, Chile’s Föllakzoid provide a similar kind of ritual psych with what seems, at least, to be an extra frisson of authenticity – the dank, post-rockish grooves are allegedly influenced by the ancient Armonic ceremonial rhythms of the Andes. It’s a usefully pungent backstory that enlivens “III”, a decent collection of head-nodders, occasionally prodded out of the dirge zone, as on “Electric”, towards a kind of grim, guitar-heavy techno. Useful assistance, too, from the German electronic maverick Atom TM, who adds astral texture and historical resonance to the jams with the aid of one of Kraftwerk’s old Korg synths.

In other psych news, connoisseurs of gloopy, lo-fi latterday jams have long gravitated to Philadelphia, thanks to the city harbouring bands like Bardo Pond, Birds Of Maya and Spacin’. Aye Aye are what passes for a supergroup in those parts, featuring the Gibbons brothers from Bardo Pond, current Purling Hiss drummer Ben Leapheart, and local scene mascot Harmonica Dan Balcer. Sludge blues are approximately their forte on their self-titled debut, with the self-explanatory likes of “Sleep Day” moving at the dirge pace of much Gibbons-related material. Balce’s forlorn harmonica leads, however, provide a relative sense of definition to these six instrumentals, executed as they are with a Cro-Magnon “grace” that makes Crazy Horse sound like sprightly technocrats.

Or how about Goran Kajfes’ Subtropic Arkestra, and their “The Reason Why Vol 2”? On 2013’s “The Reason Why Vol 1”, trumpeter Kajfes and his group applied rumbustious jazz-rock treatments to tunes by Tame Impala, Soft Machine and Cluster, revealing themselves as a prejudice-smashing big band akin to fellow Scandinavians Jaga Jazzist. This time, the songbook’s a little more obtuse, with vibrant attacks on Milton Nascimento (Brazil), Francis Bebey (Cameroon) and a clutch of old Turkish psych jams; Mahzar Ve Fuat’s “Adimiz Miskindir Bizim”, fuzztoned organ to the fore, is especially rewarding. Kajfes’ arrangements are consistently punchy and accessible. Nevertheless, a lyrical take on Grizzly Bear’s “Yet Again” is a neat point of entry for anyone daunted by the exotic range. Jose Gonzales guests, inconspicuously.

One of the stranger cultural by-products of the 2012 London Olympics was a starring role, in the opening ceremony, for the music of power-electronics duo Fuck Buttons, and the spin-off project of Benjamin John Power, Blanck Mass. An unlikely gig for supposed noise artists, it would seem, though in truth much of Power’s 2011 solo debut, “Blanck Mass”, felt purpose-built for stadiums: grandiose, martial techno, sometimes worryingly macho in its triumphalism. After such success, Power might plausibly have retreated into noise, and on “Dumb Flesh”, “Detritus” is, initially, cacophonous enough for Whitehouse. But generally, “Dumb Flesh” is more gleaming and monolithic than ever, with “Cruel Sport” an epic highlight. A full-time career soundtracking military pageants still beckons.

The music of Cecile “Colleen” Schott (French, but now based in San Sebastian) emerged in the early ’00s, through a series of albums so ineffably delicate that the most representative one (2006’s “Colleen Et Les Boîtes À Musique”) was constructed almost entirely using music boxes. Much of that atmosphere remains on her new one, “Captain Of None”, thanks to whispered vocals and a focus on the courtly pluck of a viola da gamba. “Salina Stars”, however, adds a melodica and some heavier dub frequencies into the mix, while the surprisingly urgent “This Hammer Breaks” layers vocal and percussive loops in such a way that suggests Colleen’s nearest contemporaries may now be Juana Molina and even Julia Holter.

John Dwyer has been at it so long now, maybe he stretches the definition of new music a way too far. Nevertheless, since he moved from San Francisco to LA, the wonderful Thee Oh Sees have become a more streamlined garage-rock vehicle, albeit one that retains the speed of a dragster and the heft of a juggernaut. “Mutilator Defeated At Last” is very much in the vein of 2013’s career-topping “Floating Coffin”: throbbing hypnorock predominates, sometimes – as in “Lupine Ossuary” – slashed apart by some notably wild guitar solos. The variety of last year’s “Drop” has been mostly sacrificed to bug-eyed momentum, while the backing vocals and keys of old are used sparingly. “Sticky Hulks” is an enterprising digression, being an organ etude that conjures up the tantalising notion of a dronerock Procol Harum.

Finally, there’s the odd artist who can bridge the divide in some unexpected way between a vintage generation and a new one. Todd Rundgren’s dilettantism and short-attention span have made for many frustrating records over the years. On “Runddans”, though, he’s forced to play an uncharacteristically long game by collaborating with the Norwegian prog-disco maestro Hans-Peter Lindstrøm and Emil Nikolaisen, from shoegazers Serena-Maneesh. “Runddans” is 39 minutes of continuous music, most closely related to the percolating grooves of Lindstrøm’s 2008 magnum opus, “Where You Go I Go Too”. Rundgren drops in and out of this spacious environment, working and reworking saturated melodic themes, finessing wordless, Beach Boy harmonies. “I have waited for this moment for what seems like nine lifetimes,” he sings, ecstatically; one suspects relieved Rundgren fans who’ve endured myriad sketchy experiments may feel likewise.