My Bloody Valentine, “MBV”: A first couple of listens

Last night, it was all about anticipation. First, the rumours started circulating that Michael Gove was implicated in some job-threatening scandal, only for those rumours to reach a resounding anti-climax, as The Observer’s story was revealed to be a little spat between a couple of hacks and some unsavoury Tory operatives. 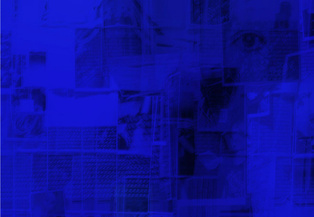 Last night, it was all about anticipation. First, the rumours started circulating that Michael Gove was implicated in some job-threatening scandal, only for those rumours to reach a resounding anti-climax, as The Observer’s story was revealed to be a little spat between a couple of hacks and some unsavoury Tory operatives.

Would My Bloody Valentine’s promise of a new album – “We are preparing to go live with the new album/website this evening. We will make an announcement as soon as its [sic] up” – turn out to be as disappointing, when the news broke an hour or so later? I must confess, tricked often enough in the last 20 years by Kevin Shields, I gave up after a while and went to bed. This morning, one predictable tale has emerged: of crashing websites and frustrated fans. It is romantic to see “MBV” as the climax of two decades of uncompromising artistic labour. It might be more realistic, though, to see the launch of MBV’s third album as a neat cipher for 20 years of muddling, incompetence and blithe contempt for their fans.

Less predictable, perhaps, is what seems to be the quality of these nine tracks, once you do manage to download them. They do not sound like they’ve been sweated over for all those years (how could they, I guess?); in fact, there’s an odd, mellow rawness to some of them that’s quite surprising. If there’s a shocking quality to “MBV” – beyond its actual existence – it’s the lack of layering to something like “Is This And Yes”, as if Shields has spent all that time adding and subtracting sounds, and eventually resolving to go with a minimal take: glazed sequencers, Bilinda Butcher’s nebulous sigh.

It’d be churlish to jump to too many conclusions too fast, of course, and already on a third listen the richness of the melodies buried in many of these tracks is slowly emerging: if “Nothing Is” initially startles, thanks to a mechanistic quasi-hardcore riff and overdriven martial beats, it’s the detailing that endures (and in spite of some talk on Twitter this morning, I don’t think it sounds quite as much like Third Eye Foundation as I, at least, expected).

Did Kevin Shields ever listen to Third Eye Foundation or, indeed, much else through those long years? Apart from a few breaks that would’ve sounded a bit progressive for 1992, it’s hard to tell on this evidence. Much of “MBV”, from its scrupulously indistinct cover, through the self-conscious use of lower case, down to the songs, feels like four men and women with an unwavering loyalty to their old aesthetic. And the remarkable thing is, for all the mostly limpid music that followed in the slipstream of “Loveless”, the 2013 Valentines don’t feel devalued by their progeny. “MBV” is a generic My Bloody Valentine record, but not a generic shoegazing one. It’s in the way Shields bends a note and a tune, something intangible in the way they mix haziness and intensity; it might conceivably be a projection of what we expect of MBV rather than what we actually hear, but that’s working just fine right now.

Early days, then, but at this point, two clear favourites. After the blur of “She Found Now”, “Only Tomorrow” feels very much congruent with “Loveless” but, as it evolves, there’s something a little different, too: a marked extra force to Colm O’Ciosoig’s drumming, and a crude immediacy to Shields’ riffing, even as it is smothered in fx and matched up with something akin to a melodica. If MBV have been hailed and intellectualised over the years as post-rock, or anti-rock, or as a feminised inversion of guitar band orthodoxies, there’s a triumphal rockishness to what gradually reveals itself to be a solo, or the closest Shields has ever got to one. It’s lumbering, tentative, and far from the spiralling velocity of Shields’ old sparring partner J Mascis, but there’s a palpable kinship there, too, and an incredible tune embedded in the fuzz.

Then, following, the skipping accessibility of “New You” (the one played in Brixton last week as “Rough Song”), there’s “In Another Way”, an uncommonly urgent, euphoric sequel of sorts to “Soon”, with an ebbing, anthemic melody which emerges out of the blast furnace after a couple of minutes, and which is then hammered with a relentless calculation that proves Shields is always more concerned with making his tunes memorable than with the damage he can wreak in the process.

All this will bed in, and perspectives will doubtless change over the next day/week/decade or two and countless more listens, but once again – as they delicately pick their way through the roaring “Wonder 2” – after all these years, it’s wonderful to be reminded that it’s not the noise that sticks in your head, it’s the songs.