More thoughts on The Rolling Stones. . .

On my way home last week from The Rolling Stones at the O2, still a-buzz with excitement, I ended up chatting to a group of similarly exhilarated fans, who between them didn’t have enough fingers to count the number of Stones shows they’d been to, Brian Jones still a Stone the first time a couple of them had seen them. 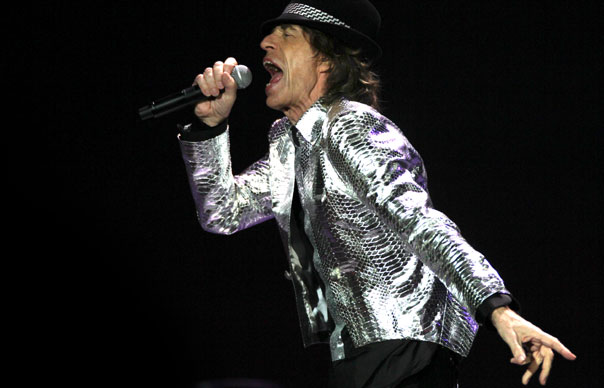 On my way home last week from The Rolling Stones at the O2, still a-buzz with excitement, I ended up chatting to a group of similarly exhilarated fans, who between them didn’t have enough fingers to count the number of Stones shows they’d been to, Brian Jones still a Stone the first time a couple of them had seen them.

There was a lot of chuckling banter about the reviews they’d read of Sunday’s performance by the band at the O2, even the most positive of which had been inclined to wonder whether these current dates in London and New York would be the last time we’d see the Stones in action, the Stones’ future once again brought into question, as it had been almost every time they toured for as long as most of us could remember.

It seemed to us, in fact, that there were people who for years had been more than somewhat eager for the Stones to call it a day, predicting with groaning regularity their surely imminent retirement, the curtain expected to finally come down on their career even as the band doggedly continued not only to tour but also break box office records as they did so beyond an age when they might otherwise have been queuing at the post office for their pensions.

I told them about my very early days on Melody Maker, in 1974, when I had been frequently left dumbstruck by the indifference displayed towards the Stones by the paper’s senior editors. Back then, we used to have a weekly editorial meeting to decide what features would be going in the next issue of MM. These were chaired by Ray Coleman, the editor. Ray was a balding cove, wore heavy rimmed, slightly tinted glasses and was always dressed in a suit, purple evidently a favourite colour, and looked like a cross between a Soho porn baron and a minor Bond villain.

Ray would sit there as chubby-faced Chris Welch ran through the list of possible features for the new issue. Invariably, a member of Yes would be releasing a solo album, and that would more often than not be our cover story. ELP might be releasing a quadruple live set, so they’d be in the mix, also Genesis, Argent and bands with names like Rough Diamond, usually featuring an ex-member of Humble Pie, and thus in Chris’ world a new ‘supergroup’.

At one of the very early editorial meetings I was part of, Chris ran through this familiar litany, adding first that hard rock bunglers Budgie have a new single out imminently and are keen to talk before also rather half-heartedly mentioning that the Stones might also be up for interview. I am raised from something resembling a comatose slump at this news.

To my complete befuddlement, however, said news is received by everyone else with nonchalant shrugs, so-what expressions and in the case of cravat-sporting Assistant Editor Michael Watts nothing less than withering scorn, Mick dismissing the Stones as ‘penny-dreadful’ while simultaneously showing more interest in the wine list from a local restaurant to which he would soon be repairing for one of his typical three hour luncheons. I have to restrain myself from leaping across the table, clawing his eyes out and eating them, followed by his liver, heart, kidneys and other vital organs I can’t put a name to.

Mick goes on to loftily proclaim that in his august opinion, to which we must all, it seems to me, dutifully concur, the Stones ‘have had their day’. My jaw hits the table with a wallop. I mean, for God’s sake, this is only two years after Exile On Main Street! Mick is unmoved by anything I have to say on the subject, however, ticking off a Chablis that’s caught his attention on his wine list and looking at his watch, eager to be done with the meeting.

Ray now offers his own Solomon-like judgement. As far as he’s concerned, Mick’s right. The Stones have had their day, probably won’t be around much longer are likely to be shortly replaced in the public’s affection by exciting new talent like Cockney Rebel and Sparks, who he thinks we should be featuring even more than we already do. At the same time, he concedes, there may be a few hardy souls still interested in what the Stones have to currently say for themselves, at which point he gives me a patronising little nod, while Mick merely snorts derisively.

I immediately put myself forward to do the interview, but as usual get waved away, my place on the lowest editorial rung at MM somewhere I will hang about for a little while yet. The gig goes to someone else. A small bone is tossed my way, however, by the magnanimous Ray.

The next day, I get to interview Budgie. Thanks, Ray.