The Monkees: “We were essentially a garage band, but we had no control”

Peter Tork and Micky Dolenz look back at their finest work 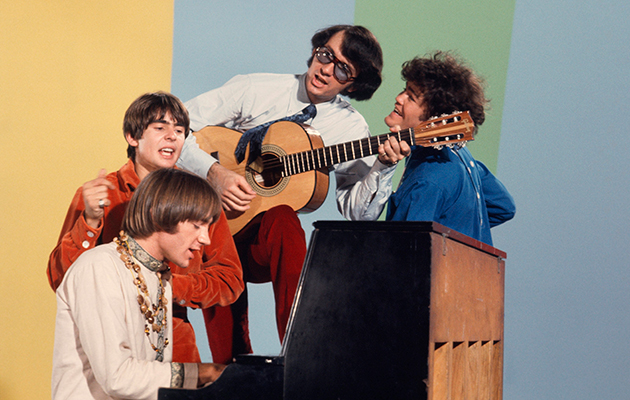 Even 50 years after their formation, Peter Tork marvels at the sheer thrill of being in The Monkees. “It was a lot of fun,” the singer, bassist and keyboardist says. “I mean, you’d wake up every day like, ‘Oh boy, oh boy, it’s another day!’ eyes all shiny and bright – who wouldn’t want to do that?”

Four very different individuals forced together for a TV show, Tork, Micky Dolenz, Mike Nesmith and Davy Jones became a real band, performing their own material alongside songs written for them including “Pleasant Valley Sunday” and “Daydream Believer”. They also pioneered countercultural independent film-making with Head and introduced John Lennon to the delights of the moog synthesiser’s “flying saucer sounds”.

“You know, though, The Monkees were essentially a garage band,” says drummer and singer Dolenz. “even on the television show, remember, we never made it – we never got any success. It was that struggle for success that was so important, and I think that’s what made it so endearing to so many kids around the world.”

The Monkees
Colgems/RCA Victor, 1966
The band’s huge-selling debut, featuring “Theme From The Monkees” and “Last Train To Clarksville”.

Micky Dolenz: I love those first two albums. I think they’re just wonderful. I mean, God, just think about the songwriters that we were blessed to have writing for us. With Boyce and Hart, but also Carole King, Gerry Goffin and David Gates. It’s just mind-boggling. It’s no wonder the records sold so well, and they still do. They’re still brilliant.

Peter Tork: This really stands up. Looking back, I see that I didn’t know anything about the process and how it was done, but being young and a bit stupid, I got a little shirty about it. Don Kirshner, who was in charge of the music, did not have a clue how to deal with people, but he really did know what he was doing in the music department. Tommy Boyce and Bobby Hart didn’t know anything about us or the idealism of the folk-hippy world, but they knew how to make pop records. Apparently, they got the four of us into the studio and we did so much cutting up and goofing around that they thought, ‘Let’s not have all four of them in the studio at the same time anymore,’ and they just invited us one at a time to come in and do lead vocals.

Dolenz: Sometimes we would all try the leads, but it was usually David and I that were chosen. David tended to do the ballads, and had a couple of big hits, too. I ended up singing the theme song for instance, “Last Train To Clarksville”, “Pleasant Valley Sunday”, “Steppin’ Stone” and “I’m A Believer”. I guess they just considered that I had some sort of a commercial voice.

More Of The Monkees
Colgems/RCA, 1967
The best-selling album of 1967 in the US, The Monkees’ second was a pop tour de force, despite having very little input from the band aside from their vocals.

Tork: When the first album did well, that created a budget for a lot of producer types to go into the studio and make songs and charge it to The Monkees. So they may have made 30 songs for this – a lot more than the 12 on the album, I’ll tell you that. This album was awful for us, personally; Don Kirshner released it without ever having played it for us. He didn’t think we were anything. After this, Don got fired. The sad thing about that was, from my point of view, I didn’t want Donny out of the picture. I wanted him to go on choosing songs and bringing them to us. I wanted to avoid the silliest bubblegum things if we could, but Donny knew a lot about music, he had his finger on the pulse.

Dolenz: I didn’t have a problem with the lack of control at the time. I understood the process. I wasn’t a very prolific songwriter. I was happy to take guidance and instructions. It was mainly Mike who said, “I want my songs to be on some of these albums, I wrote them, I’m one of The Monkees.” He had every right to say that. I think, frankly, that he may have been misled slightly in the early days. He would go in with some of his material, and the producers would say, “Well, thank you very much, but we just don’t think that’s a Monkees song.” Funnily enough, The Monkees were the group that got the most static for using session musicians, the most criticism for it. And we were the ones who had the least control over it. We had absolutely no control.