"It really got crazy, I guess" 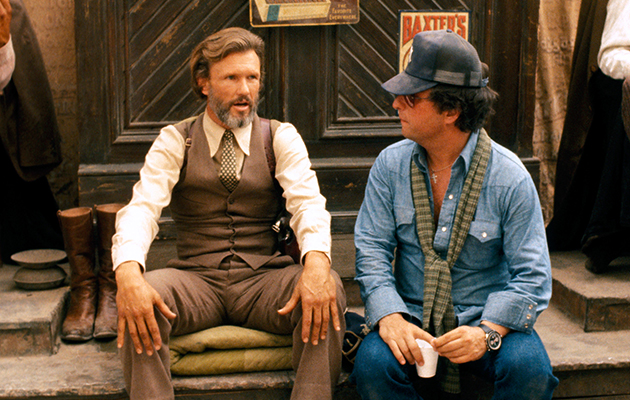 Speaking Uncut in 2002, Kris Kristofferson recalled his experiences shooting Heaven’s Gate for Cimino. “It was a wonderful opportunity to work with a good guy,” he told Damien Love. “A guy who really represented America in the whole scheme of things. And a wonderful canvas. Unfortunately, it was done in. And Michael was collateral damage.”

The calamity of 1980’s Heaven’s Gate never quite left Cimino, who died on Saturday aged 77. The film – a majestic reconstruction of the Johnson County Wars – famously brought down United Artists as the director’s meticulous attention to detail slowly pushed the budget from $12 million to $38 million; it is also often cited/blamed as bringing to a halt the golden era of New Hollywood. Cimino’s subsequent career was littered with dead ends and false starts. After Heaven’s Gate, he directed four films – The Year Of The Dragon, The Sicilian, The Desperate Hours and The Sunchasers – but claimed he had written over 50 unproduced screenplays. 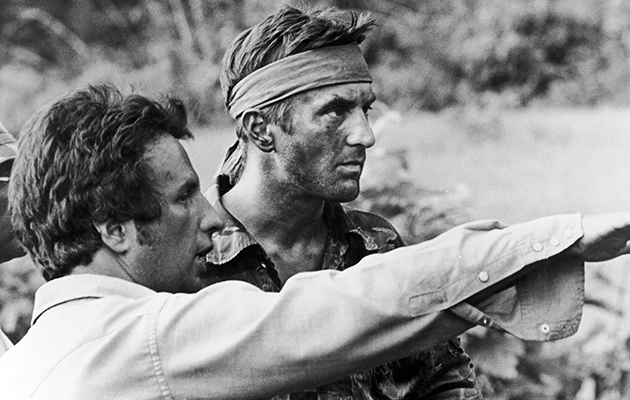 In 2001, I received a phone call from Cimino. His debut novel, Big Jane, was coming out soon and I’d been trying to arrange an interview with him for several months. Although at the time he didn’t have a publicist, a contact in America offered to pass on to Cimino a letter I wrote outlining what we would like to talk about in an interview. The trail seemed to go dead; but one evening, just as I was about to leave the office for the day, my phone rang. On the other end, a man with a distinctive New York accent who introduced himself as Michael Cimino. He was unfailingly courteous – he insisted on calling me “Mr Bonner” throughout our conversation – and said he would be delighted to do an interview, but in exchange for a cheque for $1,000 that he would donate to an order of Carmelite nuns based in Mexico. For convenience’s sake, it would be best if I made the cheque payable to CASH.

We didn’t pay Cimino the money, but that didn’t stop him from talking to me for over an hour – off the record, unfortunately. It was essentially a one-sided conversation, where Cimino touched on everything from the on-set cocaine consumption of an actor during the filming of The Deer Hunter to a moving reverie on the achievements of the late John Casale. He also talked about Heaven’s Gate, which was then beginning to enjoy rehabilitation.

The great moments in Cimino’s filmography really are very good. The screenplays for Silent Running and Magnum Force, his directorial debut Thunderbolt And Lightfoot and then The Deer Hunter found Cimino incrementally building on his talent; but Heaven’s Gate was a marvellous leap forward – grand, distinctive, passionate.

Here’s Kristofferson on working with Cimino on Heaven’s Gate, from Uncut’s June 2002 issue.

“Chris Walken told me he would trust Michael implicitly, so that’s the way I went at it. Just do whatever this artist is trying to get done. Michael would tell me exactly what he wanted. He would go through the different motions, actually act it out: how I would wake up hungover, down to the point of hitting my head, where to do it. I’d never seen anybody do 53 takes I hadn’t messed up myself. But I did it without question; to the point sometimes I depressed myself. There’s a part of you that’s gotta feel, ‘Well, I’m just not good enough.’ Y’know. But, in general, I just figured it was his creative eye, and I trusted it.”

“The story looked so much like the America I saw around me, when Reagan was taking power. The people who were fighting in Johnson County Wars are still fighting there are guys who still really believe cattle are more important than people, y’know. And they, unfortunately, are the guys with all the guns and money and political power right now.”

“I didn’t feel the pressure around the movie – mainly because I was working all the time. The people who probably felt the pressures were guys like John Hurt, who didn’t have to do anything for months except hang around the bar at his hotel. And it really got crazy, I guess. But it was all in the name of art. I think Heaven’s Gate is waiting to be rediscovered, just like I think they’re eventually going to tell the truth about the Kennedy assassination – but I wouldn’t look forward to it being tomorrow. It’s more of a European film than what’s going on for American film right now. But someday, somebody will address the fact that it was about America and it’s relevant. Nobody did that back when they assassinated it. They just talked about Michael’s arrogance and bloated expenses.”