Some of the best acts so far from this year's festival 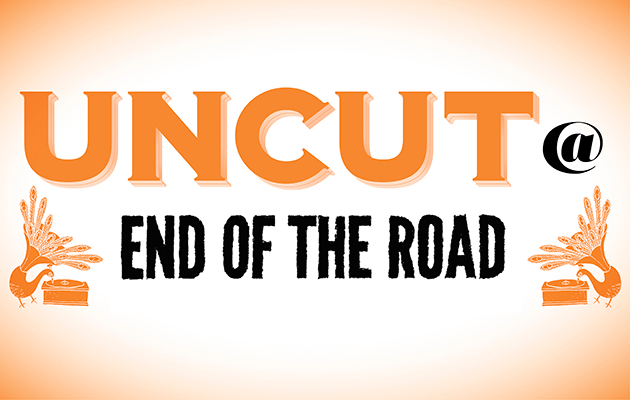 Greetings from End Of The Road in Dorset – it looks to be a damp final day, but the rest of the weekend has been a hot one. I’ll be writing in depth about the headline sets from Father John Misty, Ty Segall and more in the next issue of Uncut – out September 21 – but here are some musings on some other highlights of the festival, from Real Estate and Omni to Adam Buxton’s David Bowie special.

Inveterate troubadour Michael Chapman was on fairly early on the Garden Stage on Friday, with some impressively robust fingerpicking and wry jokes. “The Mallard”, originally from 1995’s Navigation but re-recorded on this year’s 50, was a particular highlight: “The Mallard steam train would leave Peterborough at 126mph,” he told the crowd. “I played there recently and I was out of there pretty quick, I can tell you.”

He plays “That Time Of Night”, covered by Garden Stage headliner Lucinda Williams, while there are outings for early tracks such as “Soulful Lady” and “Shuffleboat River Farewell”; Chapman’s long instrumental section – complete with mid-song tuning changes and the customary use of his wedding ring as a slide – leads into the recent “Sometimes You Just Drive”, a rolling, glowering blues, and proof that, at 76, Chapman is still writing and performing at his peak.

Young Atlantans Omni hit the Big Top mid-afternoon, rattling through the short, sharp treats from their 2016 debut and upcoming follow-up, Multi-Task. “Supermoon” and “Equestrian” are especially effective, bringing to mind an unlikely mix of Cate Le Bon and The Strokes, with Frankie Broyles’ Fender Jaguar, all flurries of single notes and stinging harmonics, does the job of two or three guitarists. Yes, Omni’s songs all sound alike, they’re all brief and stretched taut, and their stage chat is mostly absent, but there’s something charming about a band operating so well within such narrow confines.

“This is the best possible set time, crowd, scenario,” says Real Estate’s Martin Courtney, as the New Jersey quintet play on the main Woods Stage towards the setting sun. They show off a nice mix of songs from across their last three albums, including a surprising festival outing for the jammy, out-there “Two Arrows”, from this year’s In Mind. The perky reverby indie pop of “It’s Real”, “Talking Backwards” and “Crime” are also effective, of course, though the likes of “Same Sun” and “Saturday”, both from In Mind, come off a little soporific while heard standing in a field. The closing “All The Same”, however, from 2011’s Days, restored with a balance with its mix of courtly Felt jangle and motorik momentum.

“It’s been about 18 months now,” says Buxton, “and I have to say I’m not enjoying Bowie’s new phase. In fact, I think it’s one of his worst. I preferred his earlier, more alive work…”