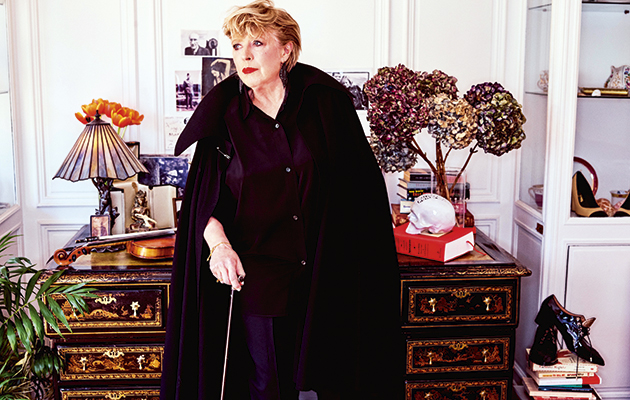 Why Negative Capability?
Marianne Faithfull: It’s a phrase from a Keats letter that I’d known about for a long time, and  I think it’s a wonderful, strong thing to call something. Not even an album, necessarily.

The album has allegory, reportage, personal issues.  How did you want it to work?
MF: It’s about certain things, obviously. First of all it’s about love. It’s also about loneliness. But it’s also about the fact that in the last two years so many of my dearest friends have died. It’s very straightforward. I don’t write as therapy; it isn’t about working through anything. There’s been such sadness and pain,  but I loved them very much and so I am trying to honour them and love them as much as I can.

Among them Anita Pallenberg, of course…
MF: Not just Anita – Heathcote Williams, Richard Neville, Martin Sharp, Gareth Brown… So many of my very dearest friends. It’s been what one would call  a blue period. They were happening all the time, one after the other; I wrote and  I wrote and wrote. And where I ended  up was not just bereavement – where  I ended up was love.

How did the record evolve?
Rob Ellis: It started out maybe two to three years before we recorded it. It was intended to be more of a folk album, of songs that her dad had sung to her and that led naturally into a slightly more nostalgic overview. We’d just finished  a tour celebrating Marianne’s 50th year in the business. Then she lost a couple of close friends and it became a reflective record. We steered things in a direction that we would look at some things from earlier in her career that were fresh as a daisy and are now filled with that incredible life. I guess that’s where the concept came from. I think we realised what we were doing towards the end. The folk thing kick-started the idea, but we ended up writing songs that were more personal in nature.

Tell me about working  with Nick Cave again…
MF: I was looking for a song Nick Cave would love to write. At first he said no, because he was so busy. I wrote back saying don’t worry about it, then he replied saying, well actually, he would write it, “The Gypsy Faerie Queen”. It was incredibly nice of him. With Nick I send him my lyrics – he likes my writing. He likes not having all the responsibility.

You also have Warren Ellis…
MF: Ah, Warren! It was Warren’s idea  to re-record “As Tears Go By” and “Witches’ Song”. I didn’t think it was  a very good idea, but he really wanted  to and, as it turns out, he was right. I don’t listen to the old versions as I don’t like to compare things. I’ve always performed it [“As Tears Go By”]. People love it: so I do it.

That’s a potent song for the listener. What power does the song have over you?
MF: For a long time I didn’t really like it, actually – it seemed to me to be the start of all the trouble, but in fact it’s a really wonderful song. Trouble? Well, I got famous and I became a little pop star  and blah blah blah.

Which was a bad thing?
MF: It set me off in the wrong direction, also known as drugs.

And in an odd way, set you off on the recording path you’ve followed since. Your recording persona is as a survivor.
MF: I don’t really like the word survivor. To me a survivor is someone who went to Auschwitz and survived that, you know? Anything I survived is very minor compared to that.

Were you in Paris at the time of the attacks? That must have been a horrific night. What effect did that have on you?
MF: Yes. It was happening and I saw it on the news and I was so upset and shocked I sat down and wrote “They Come At Night”. [Producer] Hal Willner has a theory that every 70 years the Nazis come back in one form or another, and on that night they did, in the form of the people shooting those kids.

“In My Own Particular Way” makes something beautiful  out of loneliness…
MF: I love that one. The love song. It’s not about loneliness – it was in the beginning, but then a friend said to me, “Why don’t you send out a loud call to the universe to send you someone to love?” – and so I did. And they did.

Congratulations! It’s a heavy record, though. Is this your last?
MF: No. I hope there will be a few more.

What sort of direction do you imagine them taking?
MF: I haven’t got a fucking clue. That’s not quite true – we did say that we might like to make more of a jazzy record, but that might not happen. It’s a long time in the future.

Do you feel you convey the wisdom of experience?
MF: No, not yet, no. I’m still learning,  you know?