London music and the River Lea 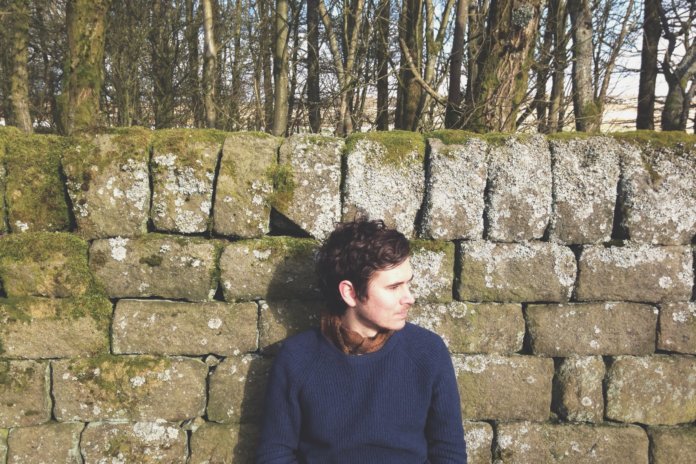 When we think of music about London, it’s often easy to fall back on certain archetypes: the jaded, the satirical, the post-modern music hall character sketches; the occasional snatches of melancholy located in the midst of a crowd; the long, clever shadows cast by Ray Davies and Damon Albarn, to name but two. When artists try and make music about London, it often seems as if they can’t help but try and articulate the urban extreme, all chaos and scale.

But London, of course, contains multitudes, and not all of it fits into such predictable categories. For a long time, I lived close to the banks of the River Lea in South Tottenham, and spent a lot of my spare time walking and cycling around the towpaths and marshes: an unusual, mostly-neglected artery that stretched from the Thames at Limehouse, through the fringes of Docklands, by the Olympic Park and the football pitches of Hackney Marshes, out past the filter beds and reservoirs and into Essex – to Cheshunt, Waltham Abbey, Broxbourne and beyond.

It’s this landscape which is described with great skill on a new album by the imaginative Lancastrian artist Rob St John. “Surface Tension” documents the course of the River Lea, and makes aesthetic and cultural capital out of both its context – decaying, gentrified, sometimes surprisingly bucolic – and its toxicity. The 31-minute piece begins with birdsong, lapping water and gentle chamber piano, but gradually takes in boats, locks, dogs, footballers and the conceptual use of the profoundly polluted Lea water.

According to St John’s notes, his field recording adventures extended to using “binaural microphones, underwater hydrophones and contact mics.” He also constructed tape loops of these recordings, soaked them in tubs of the vile river water for a month, then replayed them as they fell apart, creating an effect similar to that inadvertently engineered by William Basinki on his “Disintegration Loops”.

St John’s work is clearly political, in the way his process makes explicit the filth that has been routinely dumped into the Lea for generations (it seems salient to add here a link to the excellent Love the Lea campaign) He even took pollution readings made by Thames 21 and created “seven sonifications, each of which are odd, fizzing and twinkling reshapings of a piano line, ‘played’ (in a way) by the river” (I am quoting this because, to be honest, I don’t understand what he’s done well enough to put it into my own words).

Over 31 minutes, though, St John’s music is as interesting as the process which underpins it. It ebbs through passages of chamber piano and cello (reminiscent of post-classical ensemble, Rachel’s), analog kosmische and, at 18 minutes, eerily euphoric, Boards Of Canada-style techno – a reminder of how I used to stumble into the last rites of outdoor raves near Coppermill Fields after breakfast on Sunday mornings. It might not be quite as innovative as the manipulated field recordings – there’s a fair bit of the “Small Children In The Background” trick beloved of sundry post-rockers as well as BOC – but it does have a prettiness which potently transcends as well as complements the damaged river narrative. The music comes with a 48-page book of St John’s photographs, but they’re not integral to the enjoyment of the project (in fact, I haven’t actually seen them myself).

Essentially, the sound of “Surface Tensions” captures how the River Lea and its valley is a beautiful and at times tranquil place, where most days you can spot cormorants, as well as herons. A lot of art about the Lea is predicated on its otherness, and these past few years especially it’s been a magnet for aspriring psychogeographers drawn to what they would doubtless call its liminal qualities, its role as an interzone between city and nature, between old and new. There’s a lot of wishful thinking about the uncanny fixed onto it, too: those interested might enjoy the quasi-occult fictions in Gareth E Rees’ “Marshland: Dreams and Nightmares On The Edge Of London” more than I did (though I did once find a clean fox skull behind the ice rink, just after a fox had entered a house and attacked a child near Victoria Park).

“Surface Tensions”, though, can be enjoyed as a pastorale, as a celebration of an unlikely rural space, with its sombre cellos and piano lines. Much literature of the Lea Valley posits it as a hinterland, as an anomaly, but “Surface Tension” also soundtracks a plausible escape route. Every morning and evening now, I cross Walthamstow Marshes by train, and I miss being near the Lea more than anything else about living in London.

But I also realise, among much other more mundane and less poetic business, that the need for such an escape route was a critical reason why I actually left the capital. If the thing you like most about London is a place that reminds you of the countryside, maybe, in my case at least, it makes sense to get a little closer to the real thing.