Here are the 10 best music books published this year 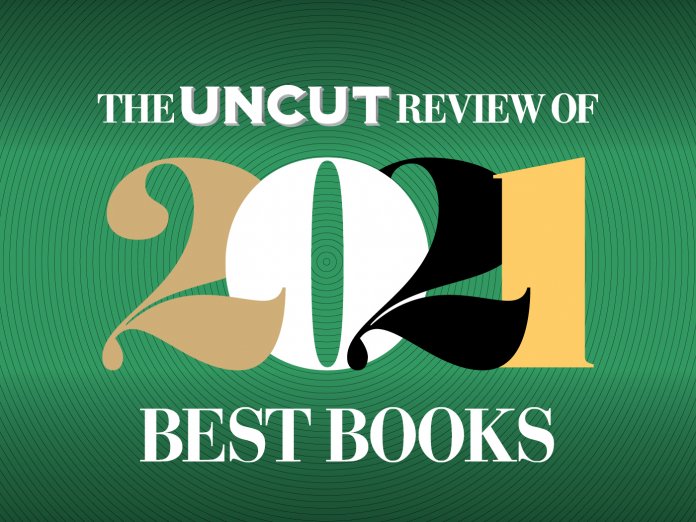 Not unlike Ian Dury’s nuanced musical portrait of his own father, “My Old Man”, Chaise Longue fathoms Baxter Dury’s complicated upbringing in the company of his dad and minder Pete Rush, a “six-foot-seven malodorous giant” better known as the Sulphate Strangler. “There was no school, there were no rules about drinking, there was no dinner,” Baxter writes. No boots, no clean panties.

Not a soul-barer by nature, Richard Thompson inches a tiny way out of his shell to give his account of his years with Fairport Convention and working as a duo with his first wife Linda. The narrative is familiar, but his accounts of the car crash that killed his girlfriend Jeannie Franklyn and Fairport drummer Martin Lamble, as well as his relationship with Nick Drake, offer brief glimpses into Thompson’s inner world.

Julian Cope’s breathless Head On remains the most exciting pre-history of the second Mersey boom, but Echo & The Bunnymen guitarist Sergeant’s more autumn-toned take on his formative years offers a fine counterpoint, as he and Bowie nut Ian “The Duke” McCulloch reinvent themselves as psychedelic troubadours. It ends just before the Bunnymen sign their first recording contract; roll on volume two.

A glorious piece of object fetishism, this joyful volume documents how the Nick Cave sideman and Dirty Three maestro elevated a piece of chewing gum stuck to a piano in the course of Nina Simone’s triumphant 1999 gig at the Meltdown festival into a near-sacred artefact. Marvel as Ellis’ collection of eccentric personal mementos morphs into a celebration of the intangible wonder of music.

Informed by a series of conversations the author had with the head Pogue, A Furious Devotion presents a profoundly sobering portrait of the boy genius turned raggle-taggle punk tearaway. Friends, family members and his first English teacher bear witness to his brilliance and uncontrollable self-destructive urges.

5 You Are Beautiful And You Are Alone: The Biography Of Nico Jennifer Otter Bickerdike (Faber, £20)

Nettled that Velvet Underground chanteuse Nico was continually written off as a heroin-addicted hanger-on, Jennifer Otter Bickerdike responded with this superbly researched biography. Nico’s solo work remains unfathomable – John Cale said 1968’s The Marble Index was not “a record you listen to; it’s a hole you fall into” – but here at least is a solid sense of a person behind the icon.

“I was living a life enchanted by impossible connections, narrow escapes, and the perfect timing of curiously strong coincidence,” writes RLJ of her sudden ascent from Tom Waits hanger-on to global sensation with 1979 radio staple “Chuck E’s In Love”. Her drive-it-like-you-stole-it memoir eases around the jagged curves of her life with a pleasing bemusement and a stylish tilt of the beret.

Simultaneously tough and horribly vulnerable, O’Connor’s scattershot version of her life story explains with disarming good humour some of the contrary drives that led her to shave her head, tear up a picture of the Pope on live TV and – more recently – retrain as
an end-of-life health assistant. Ridiculed and mistreated in her prime, she says her piece with admirable eloquence.

2 Excavate! The Wonderful And Frightening World Of The Fall Edited by Bob Stanley and Tessa Norton
(Faber, £25)

A collection of ephemera and essays, this book strives to pin down the mightiest post-punk phenomenon. There’s plenty of egghead insight, but nothing more uncanny than when Mark E Smith appears undiluted. In one of the must-see homemade press releases for his earliest records, he sums up his art perfectly: “Maybe Johnny Cash’d sound like this if they’d kept him in San Quentin.”

1 From Manchester With Love: The Life And Opinions of Tony Wilson Paul Morley
(Faber, £20)

“Oh, that was amazing,” Anthony Wilson told his first wife Lindsay Reade after being hailed with phlegm, abuse and beer as he introduced bands at Manchester punk venue Electric Circus in 1977, a true-to-form response from a man his protégé-turned-biographer Paul Morley describes as “a genius” who would also “do anything to get attention”. A dizzying, digressive tour de force, From Manchester With Love mapped Wilson’s stoned adventures in TV, music and city planning against a backdrop of feuds and broken marriages. It also showed how his idealistic ventures and ego trips led to the success of Joy Division and the Happy Mondays, the founding of the pivotal Haçienda nightclub and – ultimately – the reinvention of a whole city.