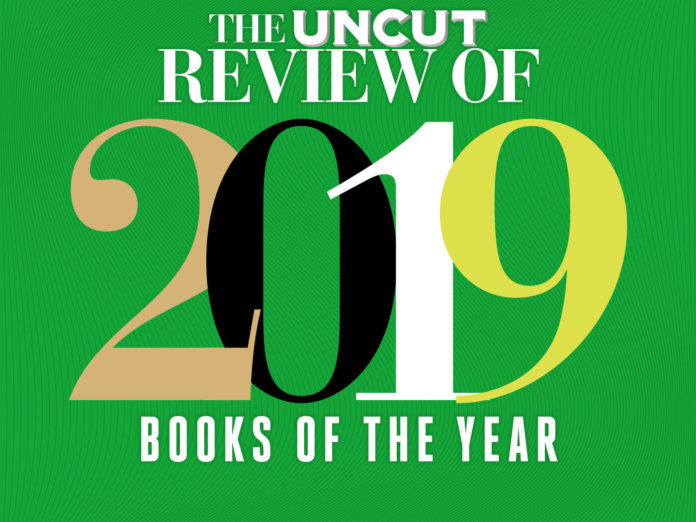 10 It Gets Me Home, This Curving Track: Objects  And Essays
Ian Penman
Fitzcarraldo
Incapable of dumbing down, Penman had NME readers reaching for their dictionaries in the post-punk years. He retains the  same daunting intelligence in this essay collection, which featured a fine take on mod, a gloomy assessment of James Brown and a sublime meditation on Frank Sinatra. Challenging, but worth it.

9 Year Of The Monkey
Patti Smith
Bloomsbury
Another metaphysical ramble in the vein  of her 2015 outing  M Train, Year Of  The Monkey was  a walking tour through the proto-punk poet’s 70th year, punctuated by moody photographs, delicious breakfasts and foreboding visions. One way or another, those horses are still running wild.

8 Cruel To Be Kind:  The Life & Music Of Nick Lowe
Will Birch
Constable
A pub-rock powerhouse in  his own right, ex-Kursaal Flyer Birch’s portrait of ‘Basher’ is not as cheery as the Stiff records superstar’s knockabout reputation might suggest. However, his enormous respect for his subject is evident as Birch carefully plots Lowe’s path from Kippington Lodge to third-age master craftsman.

7 Face It
Debbie Harry
Harper Collins
Blondie made amazing records, but singer Debbie Harry remembered only heroin, exhaustion and  bad business as  she recalled the band’s peak years in this tell-all account. Her adventures in pre-gentrification New York are at times joyful and terrifying, though her intelligence and resilience shine through. Fair but hard.

6 I Put A Spell On  You: The Bizarre  Life of Screamin’  Jay Hawkins
Steve Bergsman
Feral House
A smart sophisticate  forced to live the life of a carnival sideshow, Screamin’ Jay Hawkins boiled with rage as Nina Simone and Creedence Clearwater Revival made more from his most famous song than he ever did. Bergsman’s study of the schlock icon was a thrilling portrait of an arch narcissist. Spoiler alert: it ends badly.

5 Afternoons With The Blinds Drawn
Brett Anderson
Little Brown
The sequel to Coal Black Mornings that Anderson said he would never write, this exorcism of  his Suede years tracked the band’s swift ascent to  the NME front cover and slow  decline into back-biting and drugs  as their Britpop crown fell to  “bands who waved flags and dropped their aitches”. Bitter, twisted, but very classy.

4 Defying Gravity: Jordan’s Story
Jordan with Cathi Unsworth
Omnibus
The madame guillotine of the punk years, Jordan surveyed the movement’s triumphs and tragedies from behind the counter of Malcolm McLaren’s Sex boutique. The best punk book since England’s Dreaming, her story offered a unique perspective on the Sex Pistols and the PVC-clad nihilism of the time.

2 Fried & Justified
Mick Houghton
Faber
“The legendary  Mick Houghton”, according to Julian Cope, was the  go-to PR man for generations of offbeat talent in  the indie age. His illuminating memoir was a glorious K-Tel collection of anecdotes concerning the finest leftfield  talent of his age: The Undertones, The Jesus & Mary Chain, Felt, the KLF and many more.

1 This Searing Light,  The Sun And Everything Else – Joy Division: The Oral History
Jon Savage
Faber
Bandmates were in stitches when hotel staff admonished Ian Curtis for urinating into an ashtray; the laughter continued after William Burroughs told Joy Division’s troubled singer to “fuck off” when Curtis tried to shake the author down for a free book. Savage’s first-person patchwork honoured the ur-Manchester band’s dour power, but also presented Joy Division as excitable, gawky kids, too unworldly to understand how dark things were getting until Curtis killed himself in 1980. “To have done something for Ian would have taken someone with responsibility,” says guitarist Bernard Sumner. Here are the young men, then – but as this superb account shows, the weight on their shoulders remains.