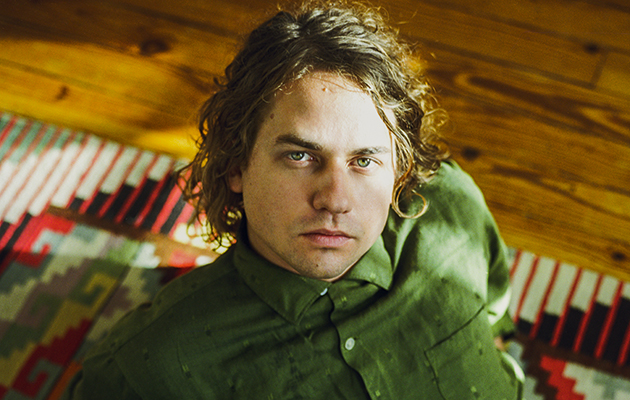 A classic singer-songwriter in his own right, Kevin Morby is a musical wanderer as much at home with Manhattan streetlife as he is in the LA wilds. Uncut traces his path from Midwestern traumas to New York, LA and acclaim as one of the decade’s most significant new voices.

In 2010, returning to New York with a dog-eared $1,000 in his pocket after a tour with The Babies, Kevin Morby made an important, symbolic decision. “I could have paid three months rent with it,” he explains, “but I decided I was gonna buy a nice guitar. It was like putting a tattoo on my forehead or something – ‘I’m gonna have to keep pursuing music because I’ve bought this nice thing.’”

After managing to convince a shop in Manhattan’s Union Square that the scrappy dollar notes were real, Morby walked away with a new red Fender Jaguar, which he named Dorothy after his grandmother. Four excellent solo albums later, and the 29-year-old is still deeply committed to the long-haul as a singer-songwriter.

“I think my whole goal is just to be like my heroes,” he explains, sunglasses pushed up into his long, loose curls, as he talks to Uncut at a fashionable East London hotel, “whether that’s someone as famous as Leonard Cohen, or someone as admirable as Bill Callahan. The thing about both of those people, along with Nina Simone, Lou Reed, Bob Dylan, whoever, is that they consistently put out good work.”

Although he no longer lives in the city, Morby has now conceptually returned to New York and his time playing with The Babies and Woods, with his fourth solo LP, City Music. Written at the same time as last year’s lush, kaleidoscopic Singing Saw, and recorded in rural seclusion in California, City Music is sparse and stripped-down, with Morby’s folkier side subsumed under nervier influences from his favourite New York musicians, such as Reed, Patti Smith and the Ramones. Conceptually, the album works as a whole, too, with the songwriter examining the private worlds of urban recluses, lost in the heart of the city.

“It’s interesting to think about someone who’s so lonely, but in a cityscape surrounded by so much energy,” says Morby. “That became my thing, and I wanted to tell a story from that perspective, mixed with the sonic thread of it sounding like my favourite New York bands.”

“This album seems like a really natural collection of things that Kevin wanted to express, that had been percolating for a while,” explains drummer Justin Sullivan, who’s been with Morby since The Babies’ formation in 2009. “It’s a way to draw all these influences together – literary influences, musical influences, this fascination with New York.”

“I think at this point, he’s found his ‘thing’, his voice,” says collaborator Tim Presley, also of White Fence, Drinks and Darker My Love. “With Singing Saw, you could hear the progression and then the ease, like climbing a tree ’til you finally find the branch you want to sit on. It’s an amazing point in someone’s creative life, where you can literally make any music you want and it’s undeniably you.”

For Morby, City Music is just one stop on a long road. “I’d like to be able to look back and say, ‘These records have a different sound and come from a different space, but they’re all very much me.’”