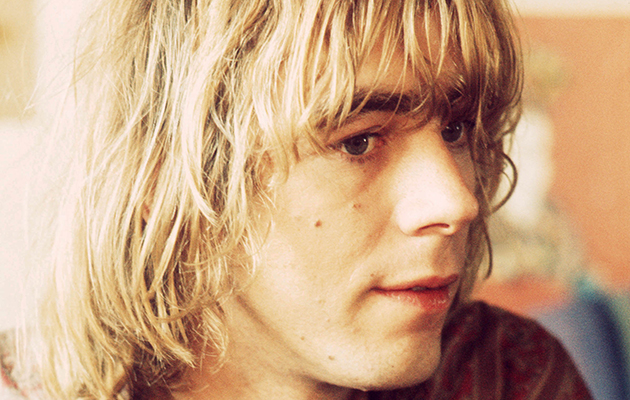 Soft Machine were as much as Pink Floyd darlings of the London psychedelic scene and were signed by Jimi Hendrix’s managers Mike Jeffery and Chas Chandler, who soon packed them off to support Jimi on the gruelling 1968 US tour that would prove Kevin’s undoing.

“On the first half of that tour,” Wyatt recalls, “we behaved like any English group in America – like British troops on holiday in Hamburg, really. I think he felt he hammered himself out of shape. The sheer heavy traffic of travelling with the Hendrix band and their entourage was too much. He needed solitude to sit and write and think, so he quit and left for Majorca.

He didn’t like cold countries in the north, anyway. He was brought up in Malaysia and was used to jumping into rock pools as warm as a bath with local native boys. The northern hemisphere just wouldn’t do for him at all. So he went off to write songs and I thought, ‘Well, that’s good, but will he be all right?’ He had no business sense. He had no sense at all. He would sink to every occasion, as it were. But he had so much talent and when he came back with the demos for Joy Of A Toy, I felt a great sense of relief and thank God for the Blackhill guys, Peter Jenner and Andrew King, who realised how good he was and got him in a studio.”

Jenner and King were the original managers of Pink Floyd. When the band decided to dump Syd Barrett because of his increasing unreliability, Jenner and King let them go and stuck with Syd, in the apparent belief that his problems were temporary, even as he was falling apart. Things had not gone well with Syd since. When Kevin turned up, they were immediately as infatuated with him as they had been earlier with Syd.

“Syd had disappeared into some place we couldn’t bring him back from and I thought Kevin had great commercial potential,” Jenner recalls. “He was very good looking, had a lovely voice and charming songs that didn’t sound like anybody else. We thought his demo was terrific, so we signed him to Harvest and the album was done very quickly, very easily.”

In July 1969, Ayers went into Abbey Road Studios with Jenner as producer and a group of musicians including Robert Wyatt on drums, and over the next eight weeks recorded Joy Of A Toy, his debut solo album. Released that December, Joy Of A Toy was conspicuously less frenetic than anything on the one album Ayers had recorded with Soft Machine, a gentler mix of pastoral psychedelia, dreamy folk, jolly nonsense and an inclination, typical of the Canterbury Scene, towards vague melancholy and reflective reverie, the songs often prettily decorated by David Bedford’s woodwind arrangements . The LP’s atmosphere was warm, lugubrious. Even on the clattering “Stop This Train (Again Doing It)”, Ayers sounds as relaxed as a man in a hammock, possibly having a foot rub. Such nonchalance gave him a reputation for not trying too hard if he didn’t have to that is not entirely unjustified.

“That was always the problem in a sense,” says Peter Jenner. “It was very hard to get him to relate to what he was doing in a serious and professional manner. It’s a very hard world, the music business, and if you’re not geared up for war on all occasions, you’re liable to get brushed aside. Everything was so easy for him, in a way. I don’t think he ever really made a big effort. Or maybe he was just one of those English people who did but couldn’t let it look like he was making an effort, which is the Noël Coward tradition. In my grumpy headmaster’s way, I always thought he was extremely lazy. The laziest artist I’ve ever worked with. If it wasn’t easy to do, then he didn’t do it. But he was a) charming and b) obviously very talented. But he never polished his work. That was the thing. I don’t think he ever even thought of it as work. I think he really believed that Noël Coward just sat there and did it, when I’m sure Noël Coward worked really hard, and I’m sure Kevin thought he didn’t have to work hard, either. He seemed to think if you were talented and brilliant, you could get away with it.”