John Cale – My Life In Music

John Cale recalls his time working with Nico on her extraordinary 1969 album, The Marble Index, in the new issue of Uncut (dated August 2013 and out now). Here, in this archive feature from our April 2010 issue (Take 155), the former Velvet Underground man, solo artist and producer of such free-spirits as Patti Smith, The Stooges and Happy Mondays, picks nine pieces of music worthy of a new society… and one by Zappa! Interview: Nick Hasted 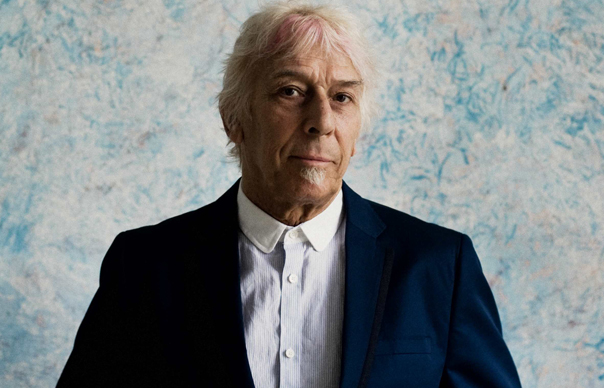 John Cale recalls his time working with Nico on her extraordinary 1969 album, The Marble Index, in the new issue of Uncut (dated August 2013 and out now). Here, in this archive feature from our April 2010 issue (Take 155), the former Velvet Underground man, solo artist and producer of such free-spirits as Patti Smith, The Stooges and Happy Mondays, picks nine pieces of music worthy of a new society… and one by Zappa! Interview: Nick Hasted

The record that made me love Lou Reed
The All Night Workers – “Why Don’t You Smile” (1965)
It’s all “Louie Louie” changes, and the first song that Lou and I wrote, one drunken evening. It was the B-side of a single by friends of Lou’s. It was my first rock’n’roll session and the guys were all popping pills. It was my introduction to collaborative songwriting. It had a simple beauty that gave absolutely no indication of the problems we would have later.

The record that made me hate Frank Zappa
Frank Zappa – Thing-Fish (1984)
I have a healthy resentment for him. He had a great, acid sense of humour, but this guy, with all his technique and ability, never did anything that made me want to love music. I think he trained himself in his expertise to spite his parents; he had contempt for the rock music he played. And self-contempt. Fear, loathing and self-hatred. Thing-Fish just postured at nihilism.

The record that made me love repetition
Terry Riley – In C (1964)
With Terry, repetition was a lot of fun. In C sounds different whenever you play it, like a cloud in a room. Everybody plays their part – it doesn’t matter if they play together, it’s this clatter. He’d play honky-tonk piano infuriatingly, a different time signature with each hand, and keep it going. Really good gymnastic mental exercise. But bubbly fun to hear.

The record I wish I’d produced
The Beach Boys – Pet Sounds (1966)
I was just in awe of that album. I still am. The way Brian Wilson manipulated the studio, the strings and the arrangements, and the use of the voice as an instrument that was in there. There was a pair of ears that was at work there that was so entertaining and dealt with sounds so originally. I suppose he paid a heavy price.

The most punk record I know
Yellow Swans – Dreamed (2003)
They were a young Oregon band who split a couple of years back. They did morphing white noise and feedback, very aggressive. Suicide did something similar using beats and pulses – that stuff can be hallucinogenic. Punk is an in-your-face, anarchistic musical approach to social commentary. The Yellow Swans’ sound grates on your nerves – like you’ve put your head in a jet engine. That’s punk.

The record that makes me miss CBGB
John Cale – Sabotage/Live (1979)
We had a lot of fun recording it there, on New Year’s Eve. It was dark and greasy. You went there to lose control. I retain affection for the place. Not for the $8 beers, but it was a centre, and everybody knew about it and gravitated towards it. And at the end, Hilly [Kristal, founder and owner] wanted it moved to Vegas. That’s branding. If I was a brand, I’d move to Las Vegas.

The record that makes me miss Andy Warhol
Martha Reeves & The Vandellas – Dancing In The Street (1964)
It’s the signature tune of the Factory. Every time we’d go up there, Andy would just put it on the turntable and let it go. He’d do it all afternoon. I remember where the couch was, the silk screens on the floor, the giant Elvis propped up against the wall, the phone, and the toilet with no door. All silver.

The record that makes me wish I was Pharrell
Clipse – Wamp Wamp (What It Do) (2006)
It’s produced by Pharrell [Williams]. It’s two guys from Virginia, and it’s very abstract. There’s no bass there. When I listen to it, I kick myself. I say, “Damn, how can you get more simple than that? How can you break that down?” Pharrell is a constant inspiration to me. “Drop It Like It’s Hot” was a piece of imagination as powerful as anything on Pet Sounds. It turns me inside out.

The rap record I love the most
Kokane – Back 2 Tha Clap (2006)
He was part of the original G-Unit. The track where you get to understand the passion of this guy is “When It Rains It Pours”. It’s about Hurricane Katrina. It’s really soulful, tons of vocals and thunderstorms. And then at the end, he says something very uncharacteristic: “It’s crazy, man, but I miss my mother”. You don’t expect guys in G-Unit to talk like that.

The record that made me want to compose
Smetana – Ma Vlast (1879)
It means “my land”. It was a favourite of mine when I was a kid. It was very tuneful, like what you’d sing in a Welsh choir. It’s not a leap for me to think of myself as a composer any more, but my head has moved on from that. I love going out on the road with my band now. I want that.