Joe Strummer and the 101ers remembered: “Even then, he had this charisma…” 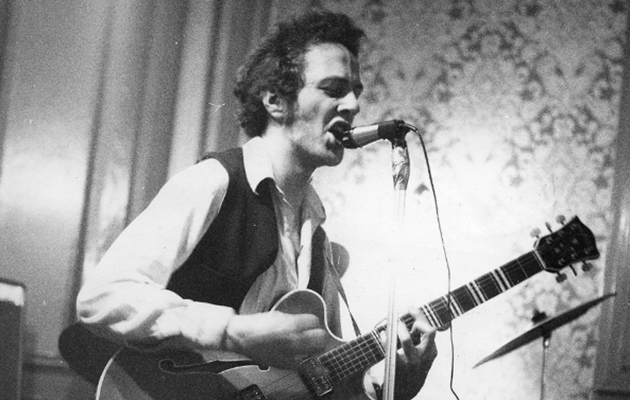 To mark what would have been Joe Strummer’s 66th birthday today [August 21], here’s a piece from Uncut’s November 2014 issue [Take 210], where Allan Jones – an old friend of Strummer’s from art school in Newport – chronicled the history of Strummer’s pre-Clash band, the 101ers.

For some incredible photography of Strummer and the 101ers, you can buy photographer Julian Yewdall’s book A Permanent Record: Joe Strummer by clicking here or visit his Facebook page. 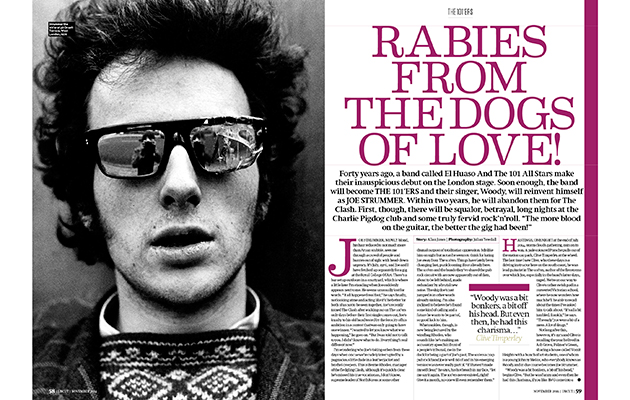 Joe Strummer, newly blond and his hair reduced to not much more than Aryan stubble, sees me through a crowd of people and hurries out of sight with head-down urgency. It’s July, 1976, and Joe and I have fetched up separately for a gig at the Royal College of Art. There’s a bar set up outdoors in a kind of courtyard or garden, which is where a little later I’m standing when Joe suddenly appears next to me. He seems unusually lost for words. “It all happened real fast,” he says finally, not looking at me and acting like it would be better for both of us not to be seen together. Joe’s recently joined The Clash after walking out on The 101’ers only days before their first single comes out, Joe’s loyalty to his old band tested by the ferocity of his ambition in a contest that was only going to have winner. “I wanted to let you know what was happening,” he goes on. “But I was told not to talk to you. I didn’t know what to do. Everything’s real different now.”

I’m wondering who Joe’s taking orders from these days when on cue we’re rudely interrupted by a pugnacious little dude in a leather jacket and brothel creepers. This is Bernie Rhodes, manager of the fledgling Clash, although it’s quickly clear he’s missed his true vocation as, I don’t know, supreme leader of North Korea or some other dismal outpost of totalitarian oppression we’re told must be ruled with what’s called an iron fist. I dislike him on sight but not as he seems to think for luring Joe away from The 101’ers. Things have lately been changing fast, punk looming if not already here. The 101’ers and the bands they’ve shared the pub rock circuit with are now apparently out of date, about to be left behind, made redundant by a brutal new noise. The ship Joe’s just jumped is in other words already sinking. I’m also inclined to believe he’s found some kind of calling and a future he wants to be part of, so good luck to him.

What rankles, though, is now being lectured by the windbag Rhodes, who sounds like he’s making an accusatory speech in front of a people’s tribunal, me in the dock for being a part Joe’s past Bernie demands no further reference to, The 101’ers a crap pub rock band Joe is well rid of and in his emerging version was never really part of. “If I haven’t made myself clear,” he says, his hot breath in my face, “let me say it again. The 101’ers, they never existed, right? Give it a month and no one will even remember them.”