Joan Didion: The Centre Will Not Hold reviewed 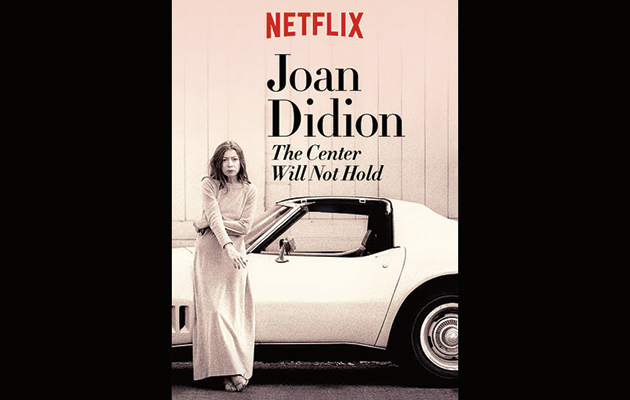 Frequently, this splendid documentary about the great American writer resembles a love letter to its subject. Filmed by Joan Didion’s nephew, the actor Griffin Dunne, it has a warm, candid intimacy, where “Aunt Joan” – now in her 80s –reflects on her remarkable career. Drawing on a library of home movies and archival footage and accompanied by interviews with friends and former colleagues, Dunne reconstructs a remarkable life.

After graduating from Berkeley in the late 50s, Didion glided into a job at Vogue, though it’s not until the late 1960s that she came into her own – chronicling the hippie scene in Haight-Ashbury in Slouching Towards Bethlehem. Visiting a squat, she encountered a five year-old child tripping on acid. “Let me tell you, it was gold,” Didion reveals to her nephew. “That’s the long and the short of it, is you live for moments like that if you are doing a piece. Good or bad.”

Such journalistic acuity became Didion’s stock in trade. One of the pleasures of this Netflix documentary is hearing Didion reading passages from own essays; her voice firm and strong, as coolly dispassionate as the work itself. Didion wrote about the cultural disintegration of the ‘60s and ‘70s – everything from the Manson family to Ronald Reagan’s empty gubernatorial mansion and the California water system.

She reserved a special affection, though, for the Doors – “bad boys!” she says here, with a broad laugh. Latterly, her writing became focused around the deaths of her husband, the writer John Gregory Dunne, who died in 2003, and their adopted daughter Quintana, who died two years later. These tragedies occupy the final third of Dunne’s film and here – perhaps understandably – the filmmaker treads lightly. You suspect Didion herself would have pushed harder.