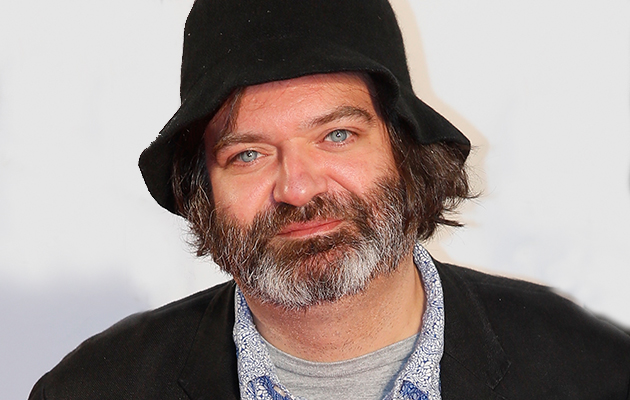 After leaving Sonic Youth in 2005, Jim O’Rourke mostly abandoned a multi- faceted career as masterful singer-songwriter, experimental prankster and Wilco associate. Now, though, he has released his first album of songs in 14 years – a prog-pop masterpiece called, disingenuously, Simple Songs. At home in Japan, he tells Uncut what took him so long: “I’m really, really particular. If I asked everyone to record it one more time they’d have killed me and put me in a dumpster.”

“Jimmy Page comes to Japan two or three times a year,” says Jim O’Rourke, lighting a cigarette. “He visits a record shop in Shinjuku and supposedly buys every Led Zep bootleg that ’s come out since the last time he came here. That’s all I’ve heard he does, buy Led Zep records. When I saw him, all the customers were bothering him, but I didn’t. I kinda regret it.”

Jim O’Rourke has been living in Japan for a decade now. Regular Page-spotting aside, he has spent these past 10 years gradually disconnecting himself from the American rock and avant-garde circles he had once inhabited. A member of Sonic Youth during their later career, he now shuns touring and only performs one-off shows with experimental musicians such as Keiji Haino or Peter Brötzmann. Formerly a producer of landmark albums for artists including Wilco, Smog and Stereolab, today he prefers to record his Japanese friends. Day to day, he rarely even speaks English. all of which suits the 46-year-old Japanophile just fine.

“When I was in Sonic Youth,” he explains, “every time I came back to the States from visiting Japan, I don’t know if I’d even get out of bed for weeks at a time, because it was the most depressing thing. I’d always said I was gonna move to Japan, so it was like ‘Put up or shut up’.”

This relocation has allowed O’Rourke the space and time to work extensively on Simple Songs, his first song-based record since Insignificance 14 years ago. Whereas 1999’s acclaimed Eureka was a sweeping, melancholic record reminiscent of Van Dyke Parks in its grand textures and surreal vision of America, and Insignificance noisier and harsher, Simple Songs is subtle, ornate and perhaps his strongest statement yet: eight tracks of surprisingly complex, prog-tinged pop dusted with piano, 12-string acoustics, harmonised electrics, subtle strings and O’Rourke’s wry wordplay. “There were a lot of songs,” he confesses. “‘Last year’ was finished six years ago. The album went through five or six versions, but there was always one song on each that just didn’t fit.

“Even this final version isn’t quite there yet,” he adds with typical modesty, “but I’ve had enough. I spent six years on it. That’s enough. I don’t know why anybody would want to listen to it, anyway…”

Evidently, Jim O’Rourke has the disposition of a wanderer. This is apparent not only in his geographical roamings – they have taken him from his native Chicago to New York and then on to Tokyo – but also in his varied musical disciplines. A graduate of Chicago’s prestigious DePaul University, where he studied composition, O’Rourke’s expansive gifts have long been in evidence in his sprawling back catalogue.

“Bad Timing kind of sucker punched me,” remembers Wilco’s Jeff Tweedy of O’Rourke’s 1997 record, his first for Drag City as a solo artist. “On one hand, it seemed to be working in a language I understood, but on the other it was drawing on things I was intrigued by, like modern composition and experimental music, but had never sensed a way-in for myself, being self-taught and not so serious musically. He really helped me find the human element in a lot of music I liked, but had always felt was cold and impenetrable.”

This mix of the accessible and the impenetrable has long been central to both O’Rourke’s unique working practices and also his unexpected career swerves. On Bad Timing’s incandescent instrumentals like “94 The Long Way”, for instance, he combined the melodic acoustic reveries of John Fahey and Leo Kottke with synths and woozy effects that harked back to his avant-garde roots.

“I remember him from the mid-’80s, because we both did cassettes of industrial avant-garde stuff,” recalls Stereolab’s Tim Gane, who worked with O’Rourke on the band’s Cobra And Phases Group Play Voltage In The Milky Night and Sound-Dust. “Of course, he started out with jazz and the free music school scene in Chicago, so he was in that world of improvisation, and very quick-witted.”

Moving from the academic confines of the avant-garde towards more accessible, traditional songwriting put O’Rourke on an opposite trajectory to many alternative musicians, including David Grubbs, his partner in the acclaimed Gastr Del Sol in the mid-’90s. “I was an outsider in a weird way,” says O’Rourke. “Everybody in that Chicago scene was getting interested in minimal and avant-garde music, and I had already been studying it for 10 years. I got side-tracked into weird music fairly young. I had had experience of what it was like, and I was sick of it. All of a sudden, there was this world of ‘post-rock’ or whatever, and musicians were afraid to touch songwriting.